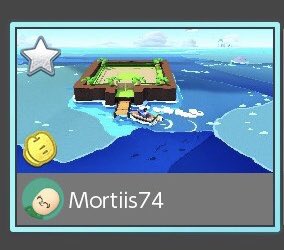 Paper Mario: The Origami King Rewards Players Who Don’t Use Accessories In Battle

For anyone playing Paper Mario: The Origami King on Nintendo Switch, after beating the game you will be given a silver star on you save data to show you have beaten the game. If you have 100% collected all treasures and trophies, you will be given a gold star upon beating the game. What most people might not know is that there is a third achievement and that is for not using any accessories in the game.

Twitter User @Mortiis74 has kindly informed us of this secret achievement by presenting us with a couple of screenshots of his game’s save data. A gold glove in the form of a fist is marked on the save data for anyone who completes Paper Mario: The Origami King. A message will appear on the lines of:

“Congratulations! You beat the game without using accessories!”

And a close-up shot:

We also have a screenshot of the end game message in Spanish, courtesy of @JoHNNy_352.

While it might not seem like a huge thing, I’m sure some folks would play through the game again just to get this coveted mark on their save data.