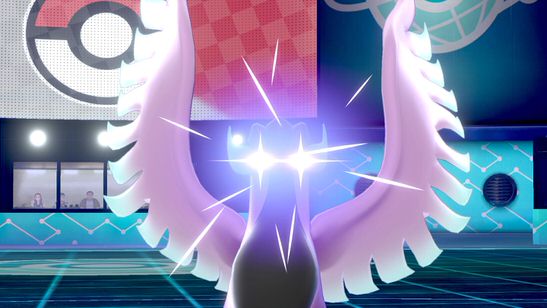 Thus, welcome back to “Who’s That Pokémon?” and this time, we’re tackling the Cruel Pokémon Galarian Articuno:

Description: Once every several decades, this migratory Pokémon appears in the Crown Tundra. For a long time, it was thought to be the same Legendary Pokémon as the Articuno previously discovered in other regions. Though cold and callous in personality, it moves in a highly refined manner. It keeps itself airborne through constant use of its psychic powers, almost never flapping its wings.

This Pokémon battles using intense psychic powers that act directly on the cells of living beings. The beams of psychic energy fired from its eyes have a particularly potent effect. The slightest touch of these beams leaves the victim totally immobilized, as if frozen. The Pokémon finishes off immobilized opponents using the condensed psychic power of its wings.

Signature Move (Freezing Glare): Freezing Glare is a Psychic-type special move in which the Pokémon attacks by firing psychic power from both eyes. This move may also leave the target frozen.