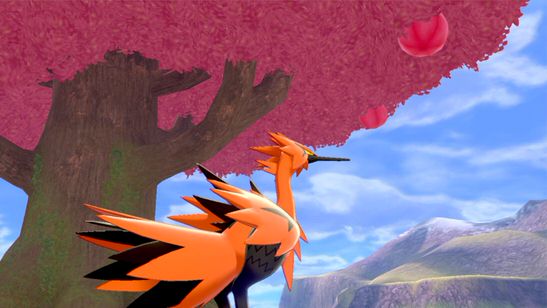 Thus, welcome back to “Who’s That Pokémon?” and this time, we’re tackling the Strong Legs Pokémon Galarian Zapdos:

Description: Once every several decades, this migratory Pokémon appears in the Crown Tundra. For a long time, it was thought to be the same Legendary Pokémon as the Zapdos previously discovered in other regions. This belligerent, battle-hungry Pokémon seems unable to resist challenging Pokémon it senses may be stronger than itself.

In battle, this Pokémon overwhelms opponents with speedy movements and ferocious kicks using its naturally mighty legs. When it leaps down cliffs and rocky mountainsides in ultra-high-speed zigzag movements, it is said to resemble a bolt of lightning. However, its wings seem to have atrophied, and it appears to be a poor flier.

Signature Move (Thunderous Kick): In this Fighting-type physical move, the Pokémon overwhelms the target with lightning-like movement before delivering a kick. This also lowers the target’s Defense stat.