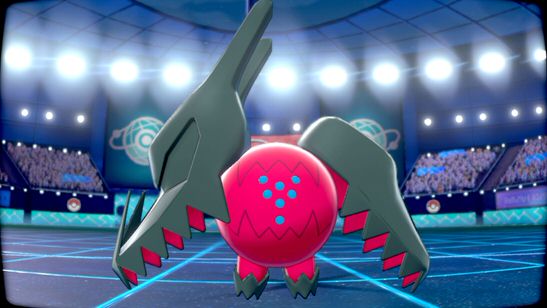 Thus, welcome back to “Who’s That Pokémon?” and this time, we’re tackling the Dragon Orb Pokémon Regidrago:

Description: Regidrago’s body is composed of crystallized dragon energy. The energy is densest in its central core. Thanks to its body composition, Regidrago can use Dragon-type moves with greater power than other Pokémon.

Folklore tells that the Legendary Pokémon Regigigas tried to create a Pokémon from crystallized dragon energy but ran out of crystals and was only able to complete the head. People of old feared that if Regidrago were to be completed, it would rain destruction on their land, so they sealed it away within a temple.

Signature Move (Dragon Energy): The Pokémon assumes a shape similar to a dragon’s head, then fires intense dragon energy from its mouth. The more HP the user has remaining, the higher the move’s power.