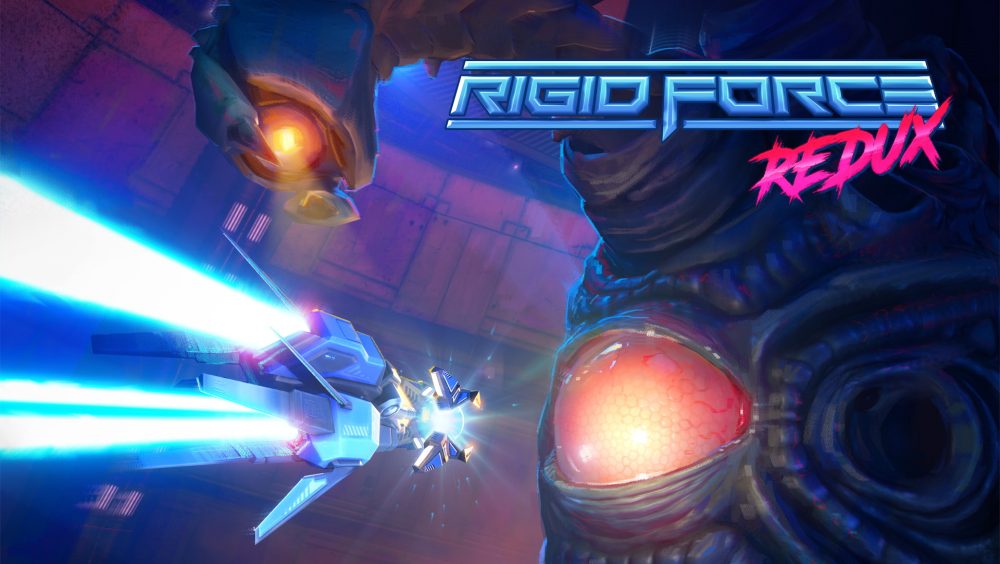 The modern 3D Shoot ’em up Rigid Force Redux is coming to Nintendo Switch. Headup Games has announced that they are publishing the game and that it is on its way “Very Soon”. The game released on Steam back in August 2018 as Rigid Force Alpha. The console version will feature improved graphics and run at 60 frames per second.

You can find more information in the official press release below as well as a new trailer for the game.

May 26, 2020 — Award-winning games publisher, Headup is delighted to announce that Rigid Force Redux, a horizontal shoot ‘em up with modern 3D-Graphics, is coming to Nintendo Switch and Xbox One very soon.

Developed by com8com1, a studio led by Marcel Rebenstorf, who previously worked at Ubisoft Blue Byte on titles such as the ANNO series and Might and Magic Heroes Online, Rigid Force Redux breathes new life into the classic side-scrolling shooter genre with its lovingly hand-crafted 3D models, stunning environments, detailed effects, and an electrifying Synthwave soundtrack.

Battle it out against huge swarms of enemies, heavy gunships, laser wielding mechs and giant alien creatures. Every enemy has its own unique and challenging strategy, from the tiniest creature up to the largest boss. Arm your fighter with numerous upgradeable weapon systems and supplemental Force Shards! Collect Energy Orbs to fill up your energy supply and eventually unleash an extremely powerful blast against your foes! Just in case the extensive, action-packed Main Mission is not enough, try the challenging Arcade and Boss Rush Modes, defend your ranking in the global leaderboards and grab all 40 achievements.