[Feature] Our Link To The Past With Link’s Awakening 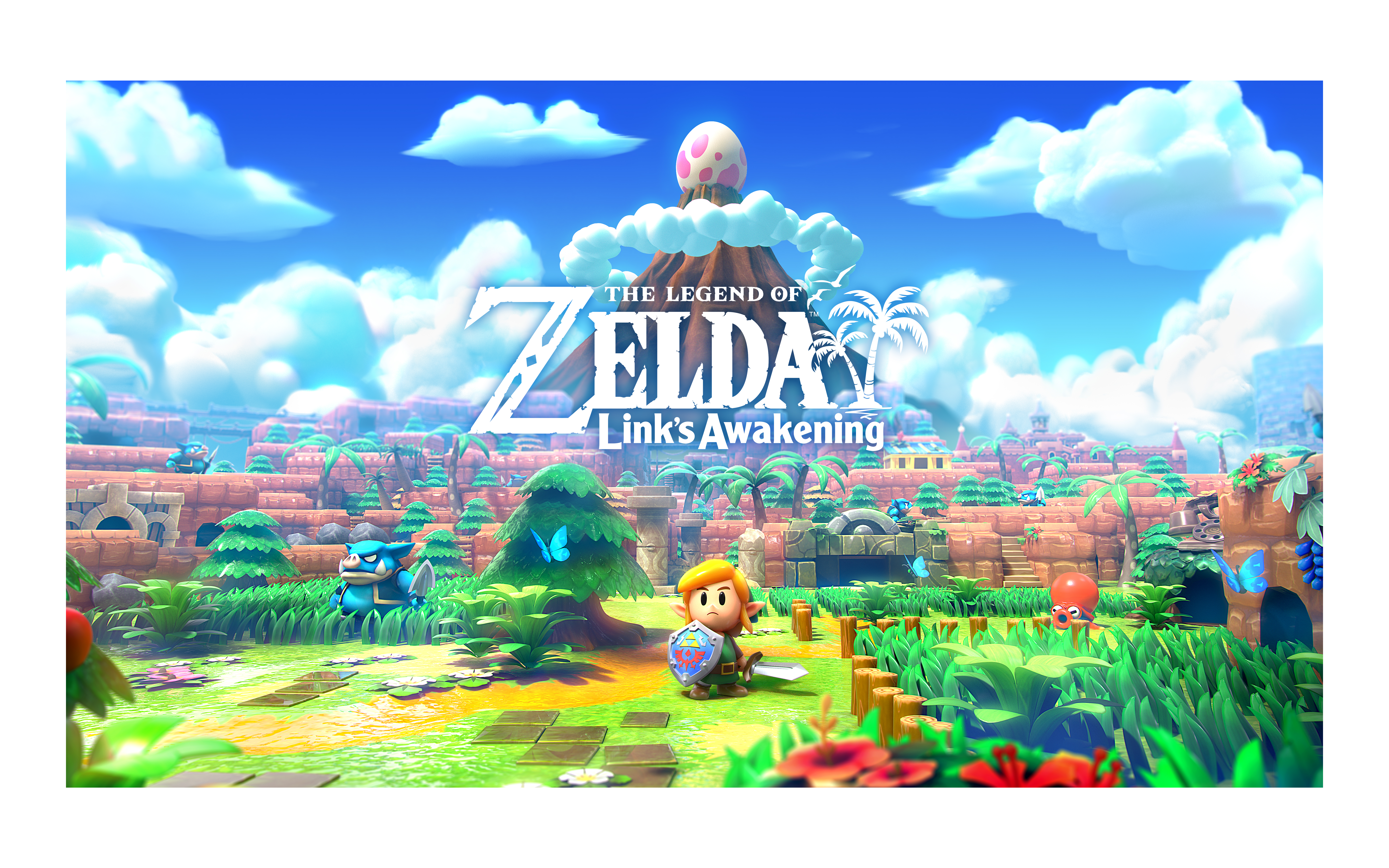 With The Legend Of Zelda: Link’s Awakening releasing next week, we wanted to share what the game means to us, both remake and the Gameboy Color original. We asked some of our fellow Miketendo64 team members to share their happy memories with the game and their hopes for the Nintendo Switch remake. We would like to thank @JonathanOber and @Lady_Sugarcube for helping out with this special feature.

I was eleven when I held my Gameboy in my hand as the tune from The Legend of Zelda: Link’s Awakening first played in my ears. The opening cinematic of Link in a storm, holding on for his life and then waking up on the shores of Koholint island come to my mind as one of the first times I remember a small ‘movie’ ahead of a video game.

By this time I had already played Zelda 1 & 2 and A Link to the Past. A Link to the Past holds a very special place in my heart as I played alongside my now deceased stepfather, who had gotten me into video games. The main thing I remember about Link’s Awakening is the characters you meet in the game, especially those that one moment may have very little to say but the next time may need something you have or can get for them as part of the sidequest.

Link’s Awakening opted to keep a lot of what made A Link to the Past great in how you could use the flute and how the map opened up as you gained access to new items. I remember seeing a treasure chest just off in the distance that wasn’t reachable until later in the game. Some boss fights shared similarities to aLttP as well with their own little twist, like the 2D battles or using the Roc’s Feather to jump over a boss.

The music was also very memorable as it rifted on the main theme of the Zelda franchise as well as brought back tunes from other games while also being influenced by the various areas of the world. Link’s Awakening also brought back a lot of familiar characters in its Koholint dreamland. This element of Hyrule’s lore has since been expanded on in other games in the series helping to give credence to the multiple timelines that fans have theorized for decades.

As I look to revisit Link’s adventure on Koholint Island, I am mostly looking forward to traveling there with my daughters. I hope that their paths through the island will be reminiscent of my time as a young child and they have fun enjoying the story and characters of Koholint’s inhabitants.

The Legend of Zelda: A Link to the Past Awakened?!  – @Lady_Sugarcube

The announcement of a remake for the famous The Legend of Zelda: Link’s Awakening stressed me out a little bit.  Why? The answer is a simple one: I could not remember what the original one was like. So, my link to the past was cut down without me knowing in the first place.

The Zelda remake made me try to reminisce about playing it for the first time. Did I finish it? I can clearly state that it did not. I am a fan of the Zelda-series, but not a die-hard one. I’ve always been fond of the puzzles and the whole theme of the series kept my interest awake. Although the story being recycled over and over sometimes made me not come back for it for a long time because I clearly don’t miss out on that story too much.

The conclusion was simple: I got stuck at a puzzle, turned off my console and tried it again… Other titles came around and I forgot about it. “How can you, Jen?!”, someone might say that holds the franchise dear in their heart and I can understand that all too well. I would be the same with other titles/series I love.

Will I get The Legend Of Zelda: Link’s Awakening on Nintendo Switch though? Yes, I will. Not only to refresh my memory but also because I know I enjoyed it. That at least did not slip my mind over the years!

I will start off by saying that as big a fan I am of the Legend Of Zelda series, I have played very few handheld titles. I have been a home console gamer ever since I could pick up a controller. have played all the home console games of Zelda but the handheld offerings have never really fallen into my hands.

That said, I do have a history with Link’s Awakening in an indirect sense. A few years back, when I began writing this blog. I hade the opportunity to interview someone who was remaking their own Link’s Awakening with assets and models from The Ocarina Of Time. I found it intriguing that of all the handheld titles that could be remade, that they chose this one and have since tried to pursue the original game to play it for myself.

I never got the opportunity to play the original game but I did become more intrigued with the game thanks to Koei Tecmo and Team Ninja / Omega Force’s Hyrule Warriors on Wii U. A DLC character was added sometime later in the game’s lifespan when Hyrule Warriors: Legends released on Nintendo 3DS. The character was Marin and it was the first 3D rendered model that we have seen for the character. Since then, my brother Jack has been going on since about the possibilities of a Link’s Awakening remake and rumors that it was in development.

Fast forward a few years and Low and Behold, we indeed have a remake for Link’s Awakening. It was revealed earlier this year (2019) and I was bowled over by the opening cinematic with link trying to ride out a nasty storm at sea and being shipwrecked on a mysterious island. As quickly as I was to get excited for the game, my feelings changed by the new “plastic doll” art style the developers have chosen for the game. I was put off a little bit but when E3 came around and we got to see more of the game and its gameplay. I soon grew to love the design choice that was chosen.

I got an opportunity to play the new remake on Switch at a gaming Expo in Malaga, Spain. I enjoyed the gameplay and the general mechanics of the game but I was a bit perturbed with resolution issues when in heavily rendered areas, they were also a number of other small graphical issues that I hope would be polished out by the final game. These issues were noticed more in TV mode than in Handheld so they might not even show themselves to anyone playing the game on the Nintendo Switch Lite or the standard Switch in handheld mode.

That said, I am still looking forward to playing this game in the comfort of my own home and experiencing the beauty of Link’s Awakening for the “first” time. Well, okay, it is technically the second time but the first time was a demo so that probably doesn’t even count.

Thank you for reading our feature article about our memories and history with The Legend Of Zelda: Link’s Awakening. If you made it this far, why not tell us about your favourite memories of the game and why you are looking forward to it on Switch. Or even why you AREN’T looking forward to it. We are hosting a giveaway for a physical copy of the game on Nintendo Switch and will announce the winner on Monday 16th of September during our next M64 Latest Update.

Good like to you all and until next time, Keep On Gaming!