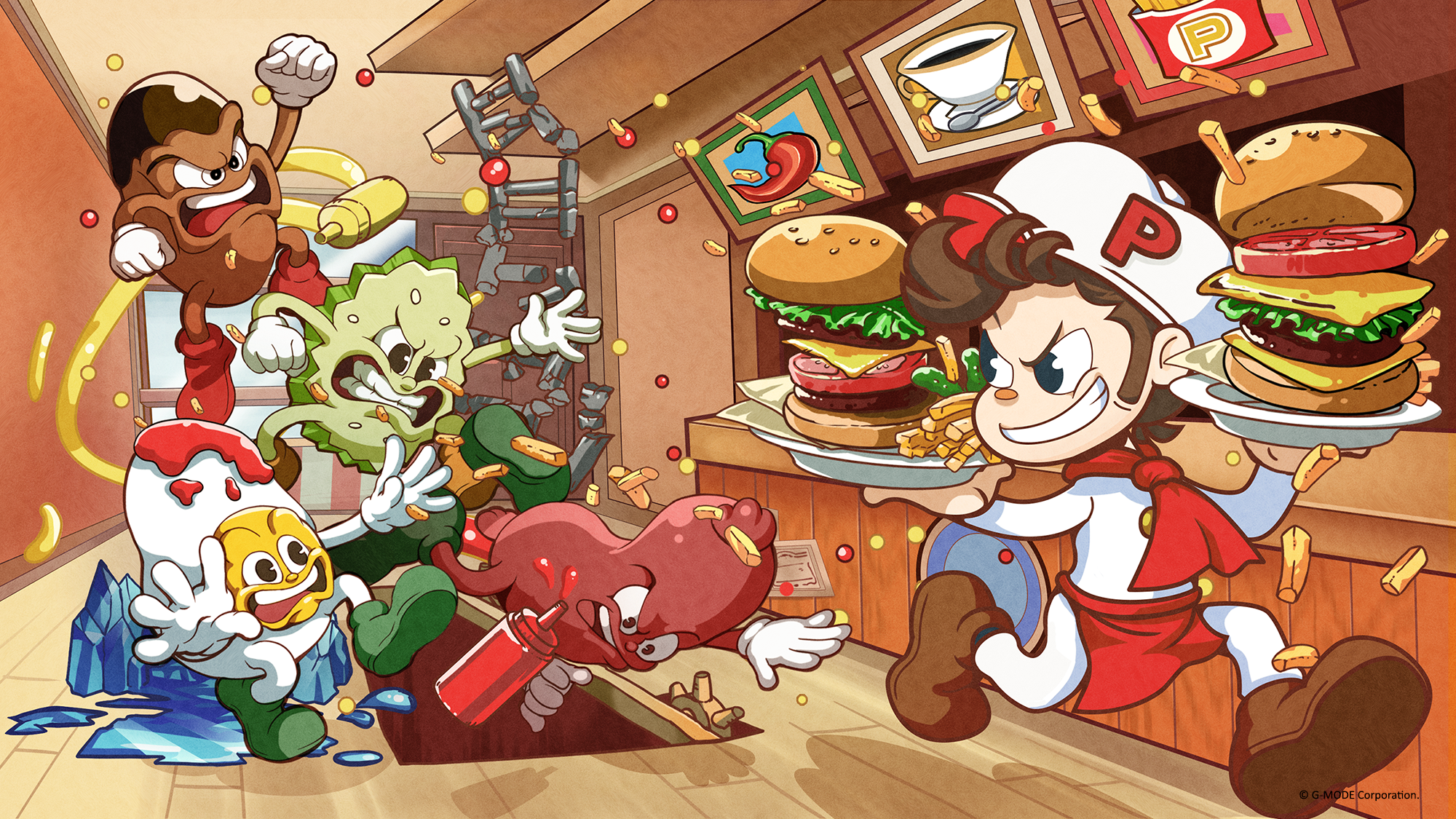 Just because Daemon X Machina is the sole creation of Marvelous Inc and the likes of Marvelous Europe have nothing to do with it, it doesn’t mean the fantastic publishing outlet has no further games to offer the Nintendo Switch. In fact, they’ve still got plenty of quality hits on the way and I was able to check out a few of them during my time at Gamescom!

Naturally, one of the biggest games coming, is none other than Sakuna Of Rice and Ruin. From the two-man development team that gave us Astebreed, it’s an action/simulation game that gives players control of Sukuna, who, as a goddess of harvest, is banished for being spoilt and must undertake a thrilling adventure, in a bid to prove herself as being worthy of the title she once more.

Having played it on my lonesome, right off the bat, I was taken in by the graphics and how smooth the gameplay felt. The only issue I had with the game, was how quickly I was able to get through the available level and although I could have played the level again should I wished to do so, instead, I opted to try one of the other games available on the dev kit Switch that was in my hands.

Game Description for Sukuna: Of Rice and Ruin:

Players take on the role of Sakuna, a spoiled harvest goddess banished to a dangerous island with a group of outcast humans. As she explores the beautiful, forbidding environments of the island, she will also find a home in a mountain village, proving herself worthy of her title by harvesting rice and bettering the lives of humans.

In addition to being a fresh take on Japanese mythology and a love letter to action games, Sakuna: Of Rice and Ruin is an ode to rice and an engrossing simulation of the craft behind the agriculture.

So, what game did I sink my teeth into next? Well, it was none other than Rune Factory 4 Special! Yes, that’s right, the classic RPG simulation game that’s coming to Switch this winter for the western audience, was also playable and it’s as every bit as enjoyable as you’re expecting it would be.

The farming adventure game feels right at home on the Nintendo platform and it is certainly a great title you could want to invest some serious time into, while you wait for the March 20, 2020 release of Animal Crossing: New Horizons.

Experience the world-famous fantasy farming adventure like never before, with HD graphics in fully remastered form.

The joys of growing crops, catching fish, and raising monsters await players old and new, while seasoned explorers will be delighted to discover an updated opening movie. Other farm-fresh features include Newlywed mode, which introduces special episodes about living the married life and new in-game cutscenes.

Additionally, an even higher difficulty mode for expert players to take on a challenge that’s truly worthy of their skills.

So, because I have no personal gameplay experience with either of the other two details, here is everything we do currently know about them, including a variety of photos.

Chef Peter Pepper and the Food Foes return to serve up a fresh look and tons of new gameplay in this tasty reimagining of Data East’s 1982 arcade classic!

After firing up the grill for some action, new modes and items will have modern chefs thinking outside of the bun to solve bite-sized puzzles like crumbling floors, oil spills, and freezing ladders, all the while evading edible enemies both old and new.

Local multiplayer lets 2-4 friends cooperate as cooks or compete as cuisine across 100+ stages that will keep the fun from getting stale long past Mr. Hot Dogs expiration date. Now, let’s get cooking!

Developed by G-Mode and published in Europe by Marvelous Europe Limited, BurgerTime Party! is in development for an Autumn 2019 release on the Nintendo Switch.

Put on your nostalgia goggles for this single-player RPG about a theme park where guests can explore dungeons, beat up baddies, and become legendary heroes—while the player assists from the side-lines as a tour guide!

Released in Japan as WORK x WORK, this tale of princes and pixels is told by over 20 quirky characters, including overzealous knights, an irascible otter, and… *checks notes* man-eating broccoli? When the Dark Lord’s monsters are also your co-workers, it’s hard to draw the line between work and play!

Directed by Takahiro Yamane (Fantasy Life), written by Nobuyuki Inoue (Legend of Mana), set in a colorful 2D world created by Nobuhiro Imagawa (MOTHER 3, Legend of Mana), and jam-packed with Tsukasa Masuko’s (Shin Megami Tensei) whimsical tunes, this adventure is one that cannot be forgotten!

Developed by FuRyu and published in Europe by Marvelous Europe Limited, Heroland is in development for an Autumn 2019 release on the Nintendo Switch and PlayStation 4.

Out of the two games I have played, Sukuna is my clear favourite, but I can honestly say I do have my eye on Heroland and I for one am glad Autumn has now arrived, for these marvellous marvels will be in our hands soon enough and I just can’t wait!