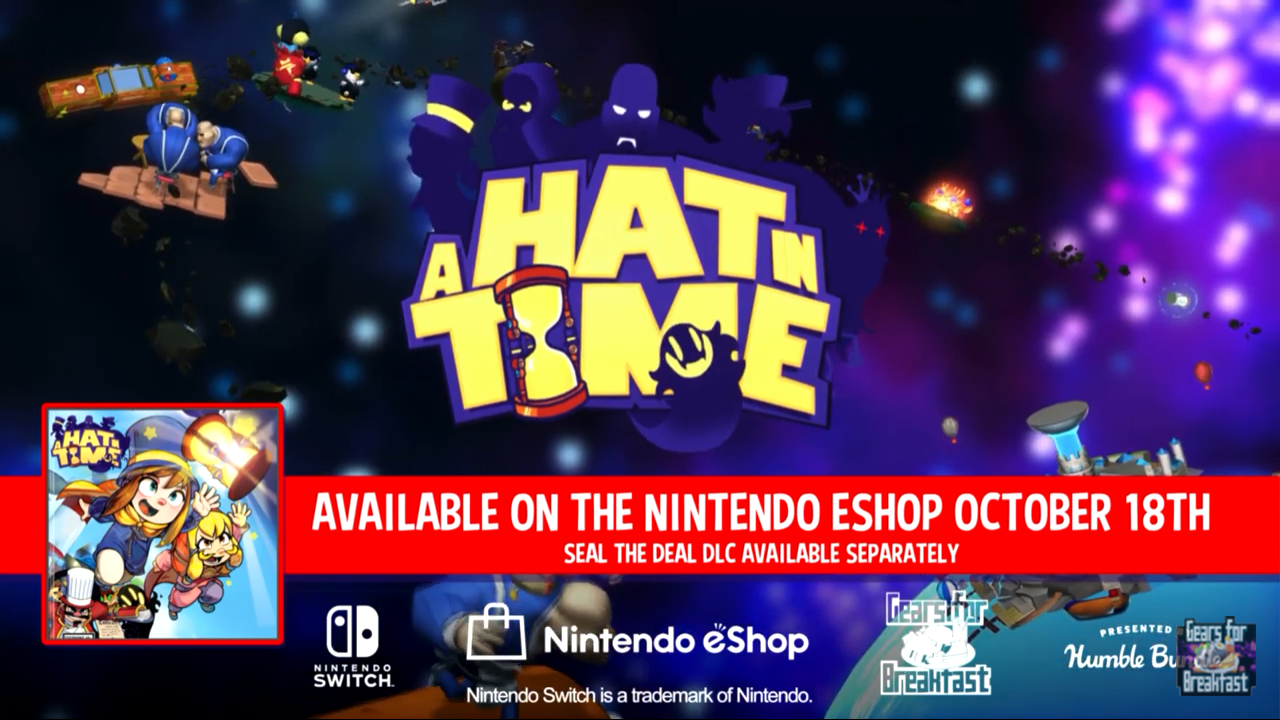 Gears For Breakfast have announced that A Hat In Time will be releasing both digitally and physically on Nintendo Switch this October. The charming, platforming collectathon will launch on October 18 and will come with a new Co-op mode for two players to play together. The Seal The Deal DLC will come included in the physical version of the game but will need to be purchased separately for those that choose the digital route.

You can check out the A Hat In Time – Nintendo Switch Release Date Trailer below.