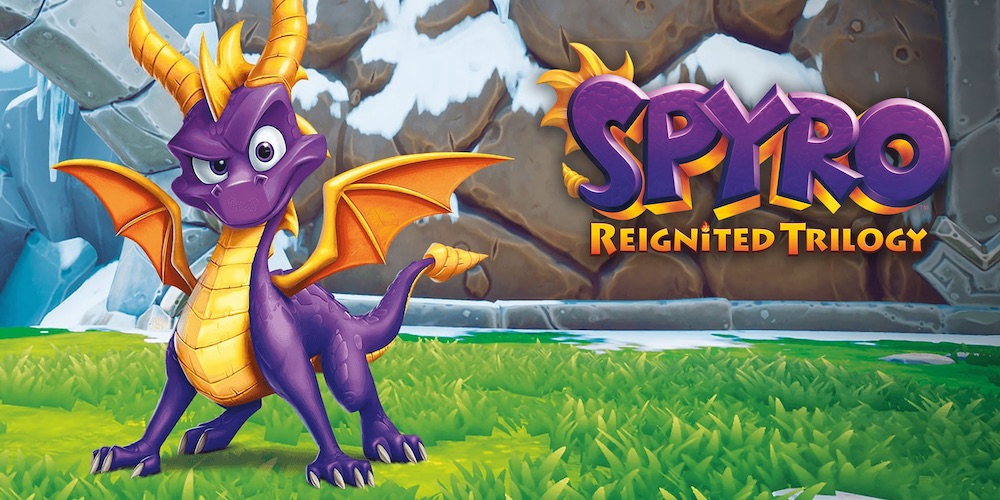 Nintendo have provided factsheets for the many games that were featured during the Nintendo Direct E3 2019. With these press assets at hand, we will be sharing them with you throughout the next few days, factsheets, logos Screenshots and more! Here is the Spyro Reignited Trilogy from Toys For Bob & Activision.

You can check out the Spyro Reignited Trilogy Switch Factsheet below.

Game Description: The original roast master is back, and he’s on-the-go! Same sick burns, same smoldering attitude, now all scaled up in stunning HD. Spyro is bringing the heat like never before in the Spyro™ Reignited Trilogy game collection.

Rekindle the fire with remastered versions of the original three games, Spyro™ the Dragon, Spyro™ 2: Ripto’s Rage! and Spyro™: Year of the Dragon. Explore the expansive realms, re-encounter the fiery personalities and relive the adventure in fully remastered glory. Because when there’s a realm that needs saving, there’s only one dragon to call.

• Relive all your favorite moments from Spyro™ the Dragon, Spyro™ 2: Ripto’s Rage! and Spyro™: Year of the Dragon on Nintendo for the first time, wherever you go! • Play as Spyro, Hunter, Sheila, Agent 9 and more favorite characters from all the levels, mini games and side quests you know and love from the original Trilogy.

• Soar through more than 100 levels, faithfully in the spirit of the originals and now reimagined with lush environments and stunning new details