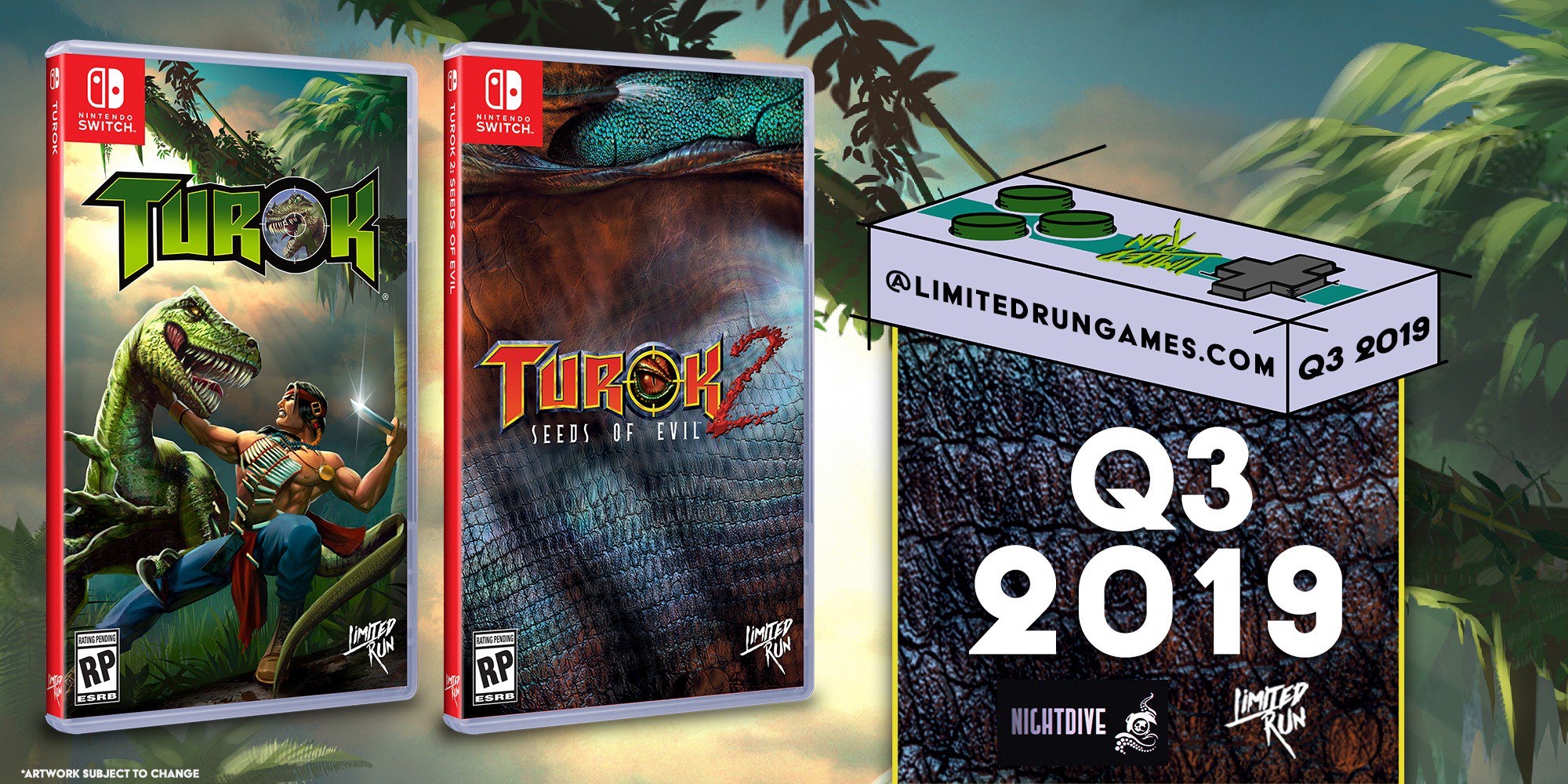 In an earlier post, we covered the announcement of a new range of Switch games getting physical releases. Thanks to the folks over at Limited Run Games, gamers will be able to pick up games that are otherwise, only available digitally. Among the list are a couple of favourites of ours: Turok and Turok 2: Seeds Of Evil.

Turok saw new life on the Nintendo Switch back on March 18th of this year. Turok 2: Seeds Of Evil, has yet to see release on the hybrid console but it was confirmed by the Remaster’s developers Nightdive Studios, that it is coming to Switch. The announcement is a pleasant surprise that the Turok 2: Seeds Of Evil is still on it’s way and the fact that it is getting a physical release is an instant buy from us, here at Miketendo64.

Limited Run Games have also tweeted a video of both Turok games as well. You can check it out below.

Turok is back, and no dinosaur is safe! #LRG3 pic.twitter.com/x0qzFzIZlk

Whilse it has not been announced how much the games will be, a release date has been put in the ballpark of Q3 2019. As soon as they become available for pre-order, we will be sure to share a link to Limited Run Games’ website. If you would like to know what other games were announced, be sure to check out the list here.