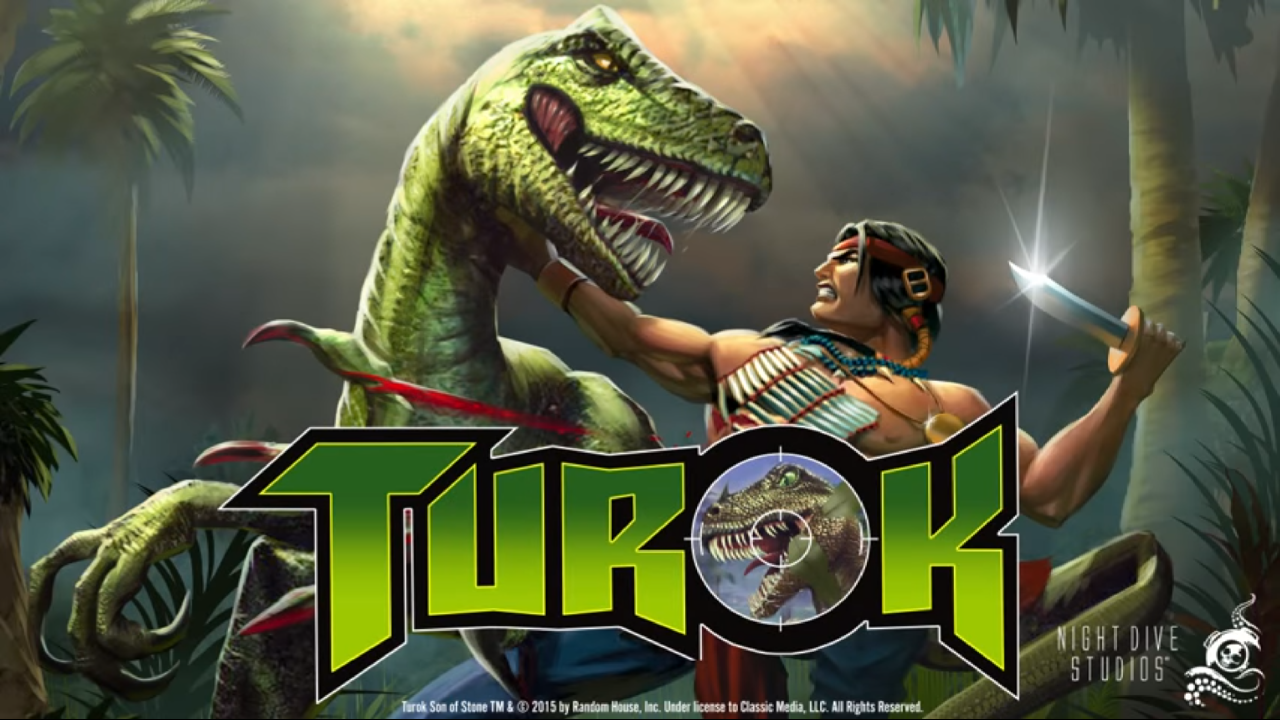 Wow! Just wow! This came out of absolutely nowhere but I am really glad it did. Turok Dinosaur Hunter is coming to Nintendo Switch and will release on March 18th for $19.99.

For those thinking it will be the blocky N64 original, well sorry folks but it’s the remastered version by Nightdive Studios. That isn’t a bad thing though as it still retains most of its original aesthetic.

While no official announcement has been made, it did indeed shadow drop on the Nintendo.com website.

We have an overview for the game below as displayed on the Nintendo.com website.

A world where time has no meaning and evil knows no bounds. Torn from a world long gone, the time traveling warrior Turok has found himself thrust into a savage land torn by conflict

Turok is back and no dinosaur is safe! When it was first released in 1997, Turok introduced gamers to a world teeming with cunning enemies, traps, puzzles and deadly weapons all within a vast 3D environment ready to explore. Now the classic game has been restored and enhanced with a new visual engine and exciting new features to sink your teeth into!

A world where time has no meaning – and evil knows no bounds. Torn from a world long gone, the time traveling warrior Turok has found himself thrust into a savage land torn by conflict. An evil overlord known as ‘The Campaigner’ seeks to shred the fabric of time and rule the universe using an ancient artifact known as ‘The Chronoscepter’. The Chronoscepter was shattered thousands of years ago in an effort to keep it from falling into evil hands. The Campaigner has constructed a massive focusing array which he plans to use to magnify and pervert the power of the Chronoscepter in order to shatter the barriers between the ages and rule the universe. Turok has vowed to find the eight pieces of the Chronoscepter spread throughout the Lost Land and put an end to The Campaigner’s evil plot…

To learn more you must enter the world of Turok

Run, jump, climb in any direction in a fully 3D world, with the ability to independently look and aim your weapons up, down, or sideways.

From the Grenade Launcher, Plasma Pulse Rifle and Alien Weapon, to the Quad Rocket Launcher and, the mother of all guns, the Atomic Fusion Cannon!