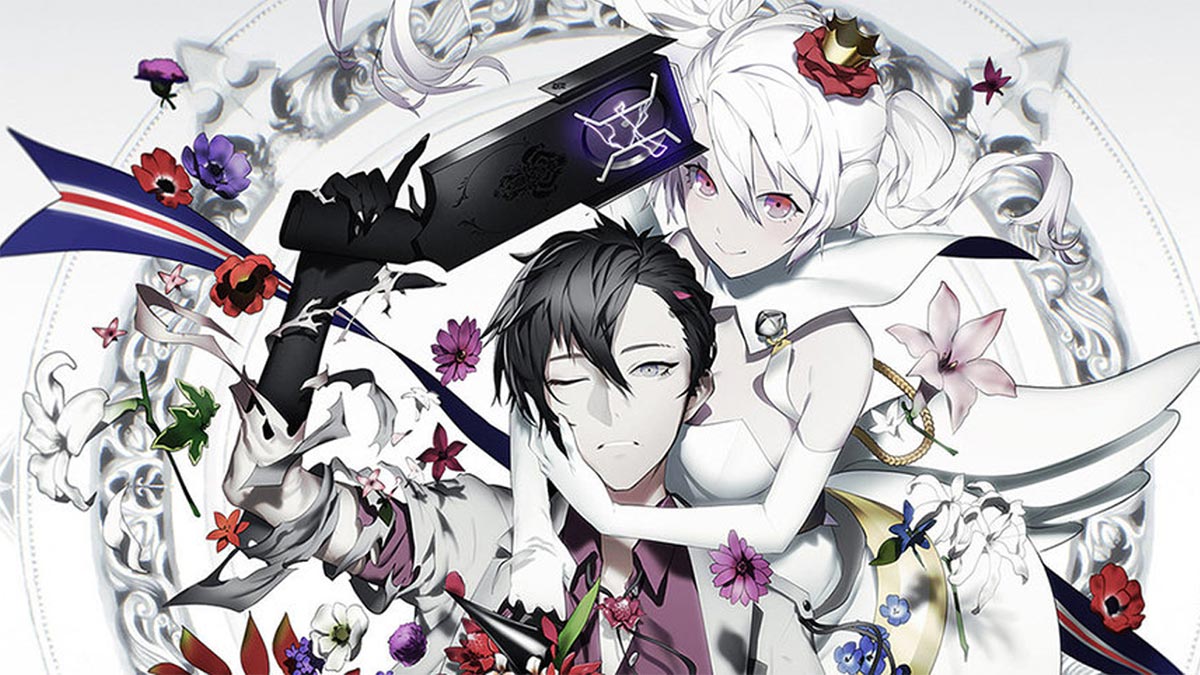 What is the shape of your heart?

During a school introductory assembly, a student notices that everything around him isn’t what it seems. The world he inhabits isn’t real, and is just a digital representation created by two virtuadolls. Not only that, he is not allowed to return to the real world, and is now being hunted by those brainwashed by the system. This is when he joins the Go Home Club, a group of people trying to find a way home.

It is revealed that the way the dominant virtuadoll controls the people in this world is by music, and she has a number of musicians to create music to help brainwash the people inhabiting this virtual space. You must take out these musicians, hoping to confront the virtuadoll to force them to send you back to reality.

The story is rather interesting, and is the main driving force being The Caligula Effect. Its cast of characters are given a range of rich personalities, from both the Go Home Club, as well as the Musicians and virtuadolls. What makes this rather unique though is how you get to see both sides if you choose, shaping who potentially can win in this back and forth struggle between those who need people to stay, and those who want to leave.

There are some fun side quests to partake in as well. although the general help quests for random people aren’t all that interesting, the main bulk of the side quests revolve around each of the main characters. You get more insight into those characters personalities, and can help them with their problems, get over their fears, and become better versions of themselves. You can also completely screw it up, leaving them not wanting to talk to you any more, and closing off their quest line altogether.

The Caligula Effect has a nice blend of JRPG and SRPG mechanics. You engage in battle with enemies you see in the environment, level up your characters, unlock new skills and power up the skills you have. Skill points are shared between all characters though, so you need to be aware that you should try and power up not just your own skills, but your party members skills as well. You can have a party of four with you on the battlefield, but you will gain access to over double that many members. Each member only gets EXP when they are in your immediate party though, so there will be some switching and grinding to keep your team’s levels even.

When a battle is engaged, you are taken into a virtual space, which is a circular arena that opens up on the space you currently occupy. You then choose the move you want, be it a special attack, a support skill, or just flee like a scaredy cat. Three moves can be stacked at a time, and when you select a skill you get a visual breakdown of how the battle may pan out. You see the enemies attack, what your attack will do, and can change it if the outcome is unfavourable. Sometimes just moving your character out of an enemies attack path is preferable to attacking outright.

Each special move has the ability to combo nicely with other characters skills. Say you use a skill that launches an enemy into the air, you can then take advantage of that with a character who has a skill that adds a power boost to enemies who are airborne. When they land, you can then finish the job with a skill that does increased damage to enemies who are downed. It is satisfying to race around the battlefield, avoiding attacks and creating devastating combos to ruin a group of enemies day.

Because of the nature of the combat, each battle does take some time to complete, meaning that it can get tiresome after a while. Boss battles are always fun and interesting, but the standard enemies show little variation at all. The main bad guys are fanatical humans called digiheads, and that doesn’t really change, save for the bosses. Their skills do vary, and they get access to new weapons, but it is always just another digihead. This ends up making grinding a chore, and you will have to grind to keep pace on Normal difficulty and up.

There is also a visual novel lite type of system employed here. You make choices in conversations which effects your relationships with certain characters, and can change the outcomes of some select scenes. You get a static anime image of the characters talking screen, and that is where the expressiveness of each character is shown. These moments are a nice change of pace, and help break up the monotony that the grind can become.

The Caligula Effect has a minimalist visual style, most likely due to its initial release being on PlayStation Vita. As such, they have gone for more style over graphics, which does somewhat help alleviate the poor textures and mannequin-esque character models. There is a nice use of colour, especially white, to give a clean virtual look to things, despite environments being recreations of “real” places. There is a massive knock to visuals in handheld mode, but I’ll touch on that at the end.

As the main bosses of this game are musicians, a killer soundtrack will naturally be expected here, and the game doesn’t disappoint. Each musician has their own theme which distinguishes their personality from each other, and helps to give each area a different feel. The voice acting is all in Japanese, and is top notch. Attacks also have a satisfying sound to them, giving weight to each move you make.

There are some notable issues though with the game’s performance. The game runs great in handheld mode, but has had a massive downgrade to visual fidelity. The text and anime character pictures are crisp, but the environment and characters in it are all blurred and fuzzy, similar to how you would see in Xenoblade Chronicles 2, but as this isn’t a visually impressive game to begin with the downgrade is felt much more. When docked, the game looks sharp, but stutters constantly, never maintaining a consistent frame rate.

The Caligula Effect blends both JRPG and SRPG concepts well, adding in a splash of visual novel flair to the mix. Seemingly a jack of all trades, this game is a master of none, but that isn’t necessarily a bad thing. It has some great gameplay that does get hampered by some tedium, an interesting story and characters, and a killer soundtrack adding a lot of flair overall. The visual style is nice, though graphically you can clearly see the warts of its handheld roots. Some unfortunate performance issues also work to bring down an otherwise solid experience.