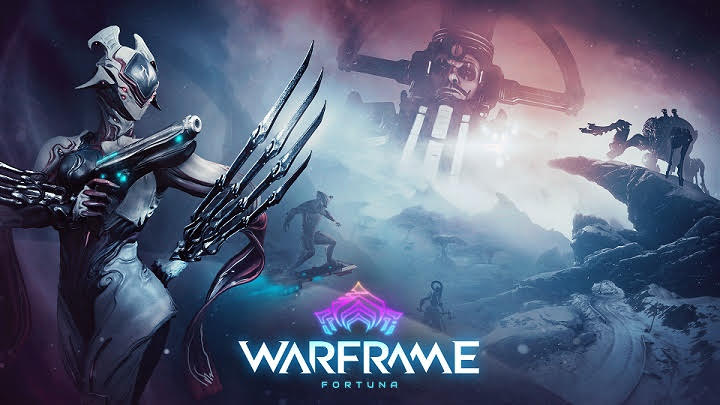 The free third-person co-op game Warframe is getting a huge expansion tomorrow. It will give players a whole new open world to explore on the Frozen Tundra of Venus. They will also be able to ride hoverboards and save animals from extinction.

Jump into the Frozen Tundra of Open World Venus, Get Rad on a Hoverboard, Save Animals From Extinction, and More!

The new open-world landscape is a fantastic-looking fantasy environment chock full of new gameplay, activities, rich storylines and space ninja adventure. Whether Tenno are dashing across the frozen tundra on the K-Drive Hoverboard to explore mountains, mushroom forests, or caves, conserving rare local animals from extinction, fighting battles against spider-like Raknoids, or facing off with the greedy Corpus faction, Fortuna is available tomorrow for free on Nintendo Switch.

In Fortuna, Nintendo Switch players will meet the new Faction Solaris United to kick off this enormous expansion. Whether in the underground hub city of Fortuna or on the surface of the Orb Vallis, players can dive into Solaris United’s stories, learn about the plight of The Business, Eudico, Rude Zuud, the crafty Ventkids, and others, and help them rebel against their brutal oppressors. With the new K-Drive Hoverboard, players can blast across the wide open Venusian landscape to pull off grabs, spins, rails and explore the massive, stunning Landscape.

The Corpus occupiers, led by the profit-obsessed Nef Anyo, bring new weapons, systems, and facilities to bear, including a bustling spaceport, a secretive research facility, and a massive shrine to Nef Anyo. Tenno should keep an eye out for mechanical, spider-like machines known as Raknoids. These Corpus-designed creatures range in size and lethality, from tiny Mites to the massive, invulnerable Orbs that loom over the region. The new Alert System will keep all players on their toes with Raknoids and Corpus responding to activity.

There is so much to do! Follow the path of the bloody, powerful Garuda Warframe — who offers a deadly combination of health-based Abilities to wreak havoc on any enemy — conserve strange, wonderful animals of the Vallis from going extinct, gather resources via mining and fishing, and more. Come visit us on Venus!