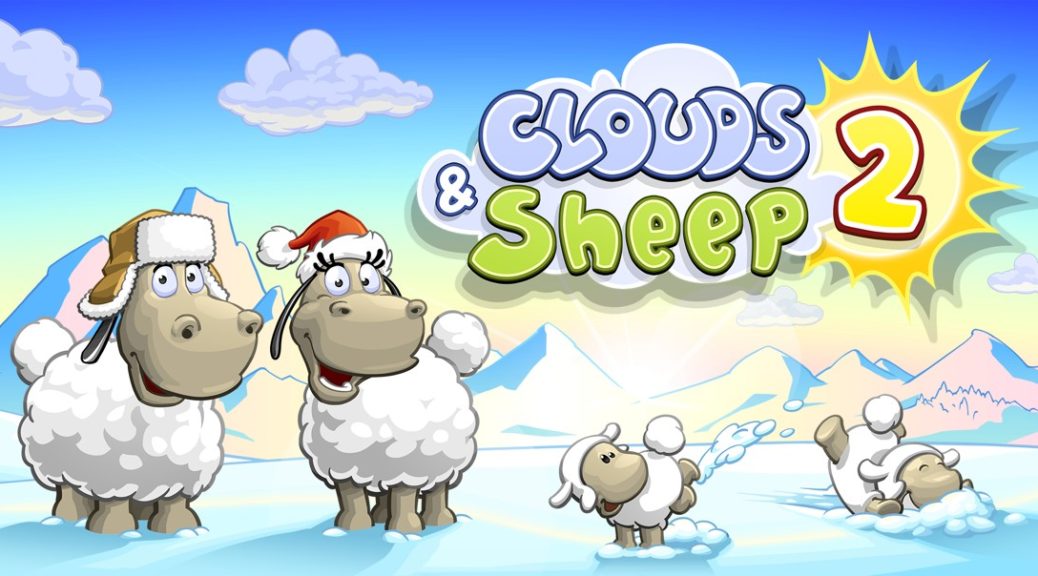 What do you get when you cross sheep and clouds? Well, if you’re developer HandyGames, in 2012 you get a cutesy game that can be played on mobile devices. Fast forward three years and that crossover game received a sequel in the form of Clouds & Sheep 2.

Like its predecessor, Clouds & Sheep 2 is also available on mobile devices, but over the years, it’s been making its way to consoles, which as of December 2018, includes the Nintendo Switch. Is it the sequel we always wanted though? Let’s find out.

As far as premise and concept go, Clouds & Sheep 2 is a management simulation game that has a small bit of story to it. Nothing ground-breaking mind you, but whilst the game challenges you to start, grow and care for a flock of sheep, it’s not too long before you will find yourself having to find the fountain of youth.

Sure, it sounds a little whacky, the Clouds & Sheep games are whacky. I mean, this is literally a game where you can make one male and female sheep, fall in love with each other by making them stand in front of each other. Then, the heart that will be produced from their love, will float above the spot where it was created and, by merging the heart with a cloud, a new sheep (ram lamb if it’s a boy and ewe lamb if it’s a girl,) is born.

Still, even before you can reach that point, first things first when starting a new playthrough, is learning to care for a singular sheep. One example of caring can consist of you grabbing your sheep Buddy and taking him to the nearest tuft of grass so that he can eat. Another is merging various clouds together, so as to create a rain cloud, which can then be used to create a pool of water for Buddy to drink from.

By making Buddy and your other sheep happy, players can earn happy stars, an in-game currency that can be used to help pay for things like shearing your sheep for wool, planting new plants and trees and more.

Since happy stars aren’t the only currency though, you will need to endeavour to get as much wood, wool and hearts as you can, as these can also help you buy everything you could ever need to change put equip your sheep with hats, change the colour of their wool, warm them up when they get cool, nurse them better when they’re sick or just buy new activities like trampolines, swings and seesaws.

Only, because not everything is available to you from the start, there are plenty of amenities and purchasable items that must be unlocked, which requires the player complete quests to gain EXP and level up and the quests can literally be anything.

Some only require you to expand the current area so that you can have more sheep, whereas others will want you to take photos, make your sheep go sledding, make them jump by flinging them, have them drink, or even roll all over the place.

While causing sheep to roll and jump does come across as being animal abuse, it is something that can make them happy, especially when it is their secret desire. The real animal abuse in this game though, is when you neglect them and fail to satisfy their needs, as your sheep will die.

I lost Buddy early on, but thankfully, by pressing on his grave and having enough happy stars, I was able to get him back by paying the required fee and have him fall in love with Hannah and made a baby Angus.

Going back to the quests though, it is possible to have multiple quests at once and by levelling up, new areas can be unlocked. So, instead of having to spend the majority of the game on a farm, you can always head to a Winter Wonderland, a Treasure Island, a City Park and even a Prairie.

Not only can the locales change, but they also enable you the chance to perform certain actions that are required by some of the game’s achievements. An example of this is the Captain Blackbaa achievement, which asks players to equip a male black sheep with a pirate hat, whilst on Treasure Island.

Aside from the content and the many things you can do in-game, such as creating thunder clouds to destroy poisonous mushrooms and more, I would not be doing this review justice of this open-ended 3D world sheep game, if I did not praise the touch-screen controls.

While support is there for every Switch control variants, Clouds & Sheep 2 is best when letting your fingers do all the work. It did start out as a mobile game after all and a lot of those typical features and displays are present.

Should you do opt for remote play though, it is worth noting that Clouds & Sheep 2 does support co-op play, so although you can play on your own, you also have the option to play with a friend just by giving them a singular Joy-Con. However you go about playing Clouds & Sheep 2, a pleasant experience awaits.

From its day and night cycle to detailed instructions for every single act you can commit in the game, Clouds & Sheep 2 is a delightful, yet bonkers title that can be enjoyed by the whole family. Especially when you have younger children whom you want to get into video games and this allows you to play with them and teach them as you go.