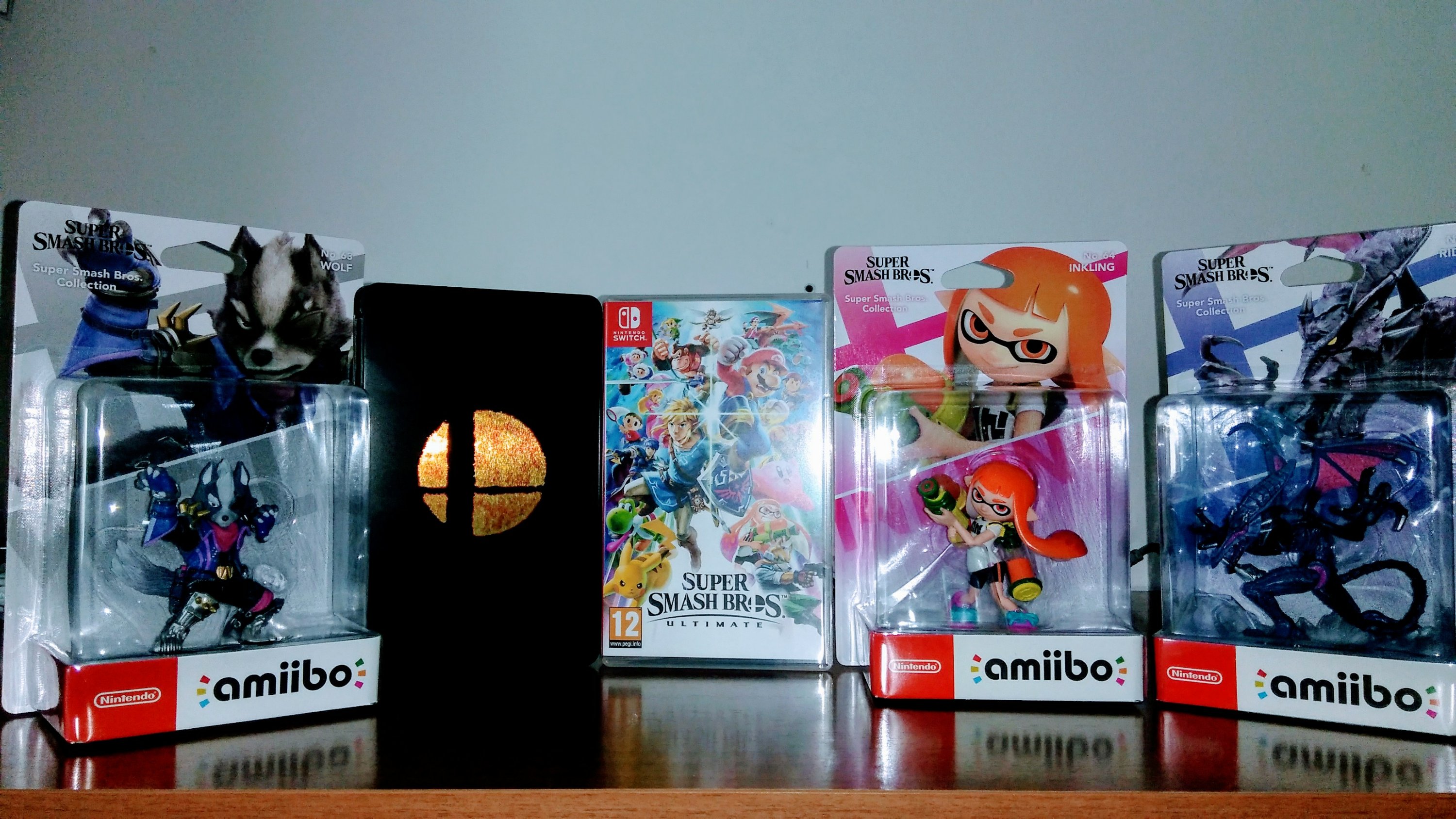 Huzzah! Super Smash Bros Ultimate has finally released and it is time for us all to grace in it’s ultimate glory. I didn’t get the Combo pack with the controller as I already have enough controllers. From Joy-Cons, Pro Controller and even a GameCube controller and adapter. I did however, get the new Smash Bros amiibo instead. I used my GAME points to save on buying the third amiibo and got it for around $4.00. Well anyway, I decided to do a Super Smash Bros Ultimate + amiibo unboxing video which, is why you guys and girls are most likely here for.

So enough rambling from me as I do more than enough of that in the video, let’s get straight to the unboxing video shall we? You can find it embedded below. (I have also added some photos of the amiibo along with other amiibo in their series which, you can find just under the video)