[Review] Castlevania Season 2: The Only Thing that “Sucks” here, are the Vampires (Spoiler Free Monologue) 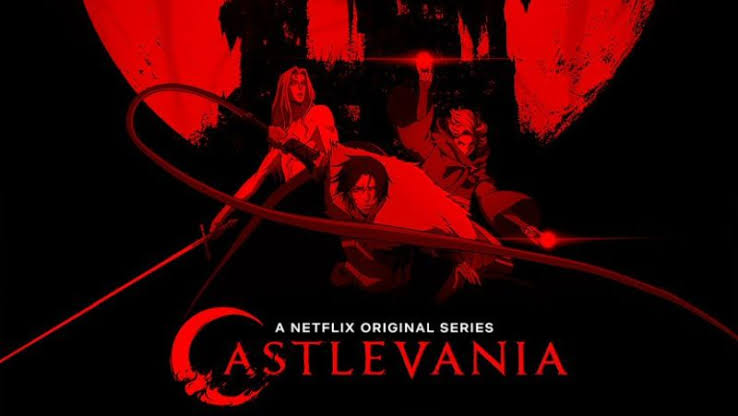 “Please sir, I want some more!”

Like many of you, when an animated Netflix adaptation of Castlevania was first revealed, all I could think about was how much I wanted the adaptation to be good. Heck, after years of being subjugated to one poor video game adaptation after another and having to watch a video game series I know, slowly slip away into the darkness, due to less and less appreciation for the franchise, I needed the series to be good and it was.

While some would be right to complain that it was short, because it was, the fact of the matter is the series did deliver exactly as it needed and was able to do so much in less than 80 minutes of pure animated heaven.

From the writing by Warren Ellis, to Sam Deats’ directing and the voice acting by Richard Armitage (Trevor Belmont) and Alejandra Reynoso (Sypha Belnades,) everyone who was involved in the series gave it their best and it delivered on every level. I could really not get enough of it and to date, have watched/listened to the entire first season 103 times and I still can’t get enough of it.

However, because of how great the first season was, I couldn’t help but be overcome with a fear born from a “what if?” (What if Season 2 couldn’t live up to Season 1?) But after what I endured yesterday, all my fears were for nought. Instead of watching the second seasons the day it released (October 26,) I actually waited until the next day, so that I could marathon both seasons of the Castlevania series and what a ride the whole thing was.

Watching the whole show in the manner that we did, really enabled us to get a feel of the whole story and see just how much the second series improved upon the first and boy were there some improvements.

The first thing to catch our attention was the animation itself and the design of the characters. While the art style of the first series remains, the second season is more detailed and colourful thanks to colours being more vibrant and better “lighting” throughout.

As for the second thing we noticed, it was the writing and character portrayals. Having just come from a first season of four episodes where everything had to be condensed to fit the time constraints, the second season had more time and opportunities for characters to grow and for the voice actors behind the characters, to truly make them their own.

For the sake of avoiding spoilers and in spite of how much I want to talk about everything in detail, I won’t give everything away, but there are some great lines and conversations to be had in the second season of Castlevania and the likes of Trevor, Sypha and Alucard, just get better and better.

Although, they’re not the only characters who try to make every “on-screen” moment count, especially since the vampires Godbrand and Carmilla are just fantastic. Then again, that could just be down to casting since Godbrand is voiced by Peter Stormare (Bad Boys II, Constantine and John Wick: Chapter 2) and Carmilla is brought to life thanks to the English actress Jaime Murray (Dexter, Once Upon a Time and Spartacus: Gods of the Arena.)

One of the utmost best characters though, is Graham McTavish’s Vlad Dracula Tepes himself. Whereas both he and his son Alucard, had hardly any screen time in the first series, there is plenty of focus on them both in the second season and the Dracula we get to see here, is certainly an emotionally conflicted one that you can’t help but feel sorry for.

Sure, he’s waging war against the people of Wallachia for the crime of killing his innocent wife, who was only ever guilty of wanting to help people for the better, but he is such a tortured soul and I just couldn’t get enough of him. Even when he only had a handful of lines to say in a single scene. (“You say it best when you say nothing at all.” Although, Alejandra Reynoso’s Sypha is still number 1 for me!)

But what of paying homage to the source materials, i.e. the games? Well, although the series started out as a show inspired by Castlevania III: Dracula’s Curse, with an art style that is inspired by anime and Symphony of the Night, while it keeps the spirit of Dracula’s Curse alive, throughout the series, Season 2 also pays homage to the likes of Curse of Darkness due to the inclusion of the Devil Forgemasters Isaac and Hector. There’s also a nod to Leon Belmont from Lament of Innocence and enemies straight out of Symphony of the Night.

Now, such things could have gone either way for the series, but instead of those tie-ins working against it, they worked with it and helped to propel the series to have one heck of an ending and final confrontation. Sure, a lot of the series revolves around two main locations, but it’s all worth it in the end and to put it simply, if you haven’t seen the show yet, you really should because this is one highly entertaining animation that now has even more blood, brutality and horrific delight for Castlevania fans to revel in!

Castlevania Season 2 is far greater than I could have imagined it was. Everyone has upped their game, including Trevor Morris whose soundtrack has vastly improved, due to being more like compositions straight out of the game and even better. I don’t quite understand how they are all able to knock it out of the park like this, but I really hope everyone is able to deliver again when it comes to Season 3 because like the vampires this show is centred around, I have an endless thirst for blood and I eagerly wait in anticipation to see just how gory and epic the next series will be! Bring on whatever comes next!

2 thoughts on “[Review] Castlevania Season 2: The Only Thing that “Sucks” here, are the Vampires (Spoiler Free Monologue)”