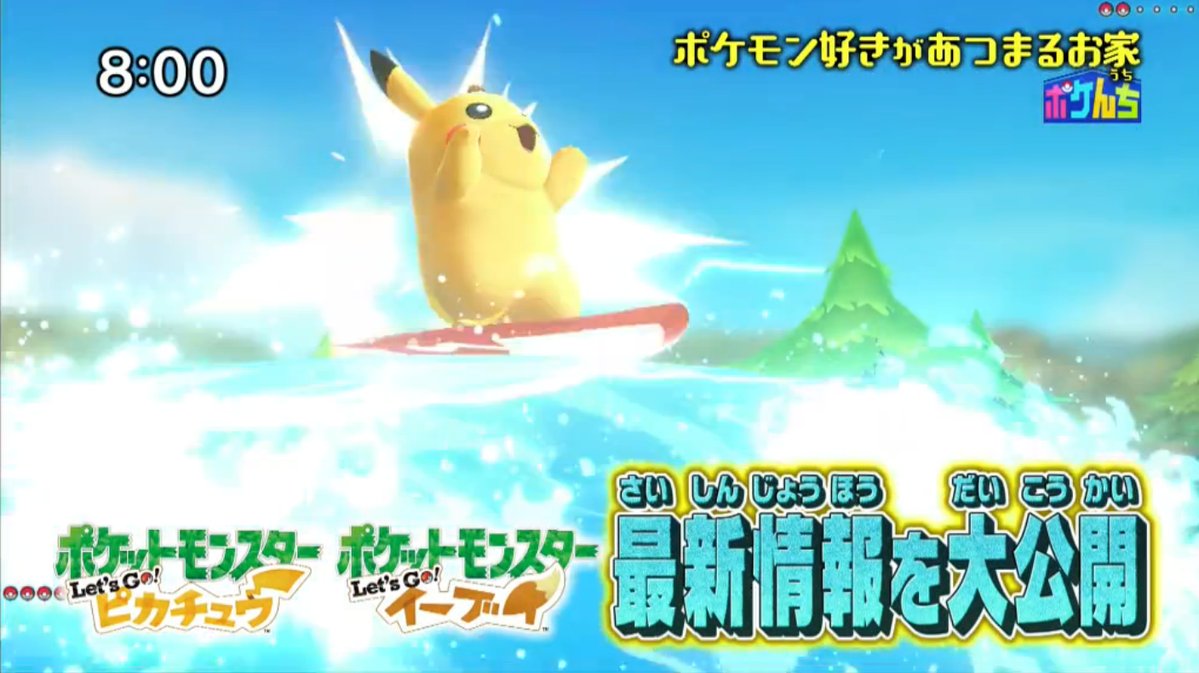 Having appeared on the variety show today, Junichi Masuda had a number of things to showcase, such as a Pikachu being able to use a Water-type attacked called “Splash Surf” against a Geodude and Eevee being able to use a new Fire-type move that’s called “めらめらバーン” (Flare Burn.)

Furthermore, Masuda has explained that Pikachu and Eevee will act a little more differently than they usually do as they can use hidden techniques to help players advance, such as Pikachu demonstrating “Water Walk” (surfing) and cut being represented by “Diagonal Cut.”

It’s pointed out that these techniques do not take up move-slots. Both footage and screenshots can be seen here:

But yes, for all intents and purposes, Surfing Pikachu is back and that’s precisely the way it should be in a game inspired by Pokémon Yellow.