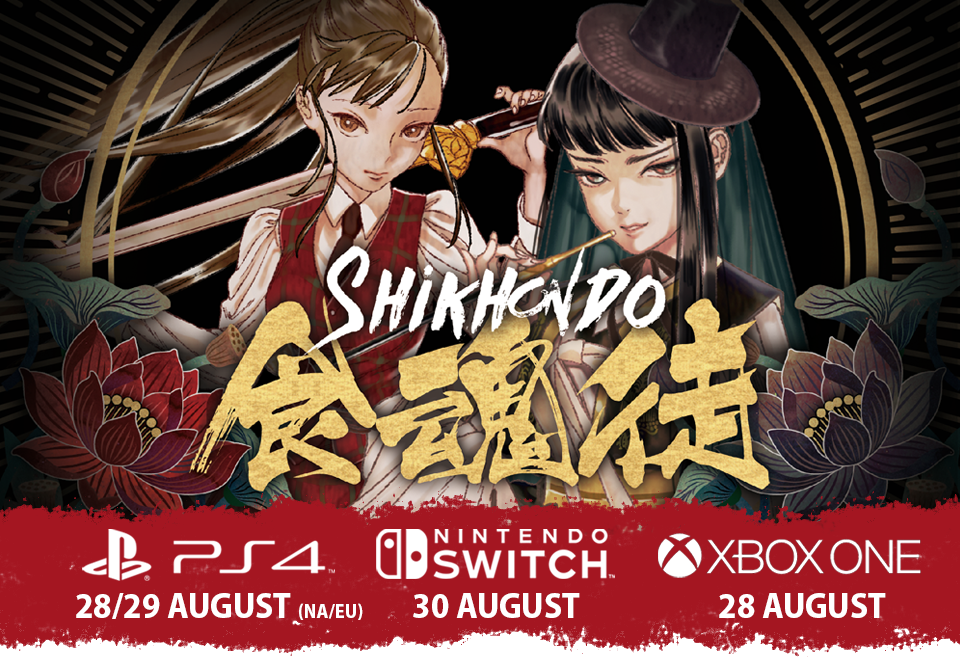 The Korean Bullet-hell shooter Shikhondo – Soul Eater has been confirmed by indie publishing company Digerati. The game will be releasing on Nintendo Switch on August 30th and will come with a 10% discount at launch. A physical version of Shikhondo – Soul Eater is also on the cards for both a standard edition and limited edition but a release date for these has not yet been announced.

You can find out more about Shikhondo -Soul Eater in the official Press Release below.

21 August, 2018 – Indie publisher Digerati is pleased to confirm the release dates for intense bullet-hell shmup, Shikhondo – Soul Eater. The game will be available to download 28 August on Xbox One, 28/29 August on PS4 (NA/EU respectively), and 30 August on Nintendo Switch.
Shikhondo – Soul Eater is available to pre-order now with a 10% discount from the Xbox Store. PS4 and Nintendo Switch owners will be able to get the game with a 10% discount at launch.

Created by Korean-based independent developer DeerFarm, Shikhondo – Soul Eater features hypnotic barrage patterns, enemies inspired by Asian mythology, and stunning Oriental artwork. And, for the first time, players will be able to take on Shikhondo with a friend thanks to an all-new 2-player local co-op mode added especially for the console versions.

As well as being popular among shoot ‘em up fans – the game has a ‘Very Positive’ rating on Steam – Shikhondo impressed at the 2017 Global Indie Game Development Contest in Korea where it won the Gold Award.
A PS4 limited edition physical version of Shikhondo – Soul Eater is available to purchase now from Play-Asia.com. A Nintendo Switch physical version is available as a regular or limited edition and is available to pre-order now (release date is still TBC), also from Play-Asia.com.

About the game
Shikhondo – Soul Eater is a Korean bullet-hell shoot ‘em up set within a beautiful and bizarre world of Asian mythology.

Armies of demons known as yokai have escaped from Limbo. They are spreading like a plague across the land, sowing fear and stealing souls. You must destroy the pestilent invaders and free the captured souls from eternal torment.