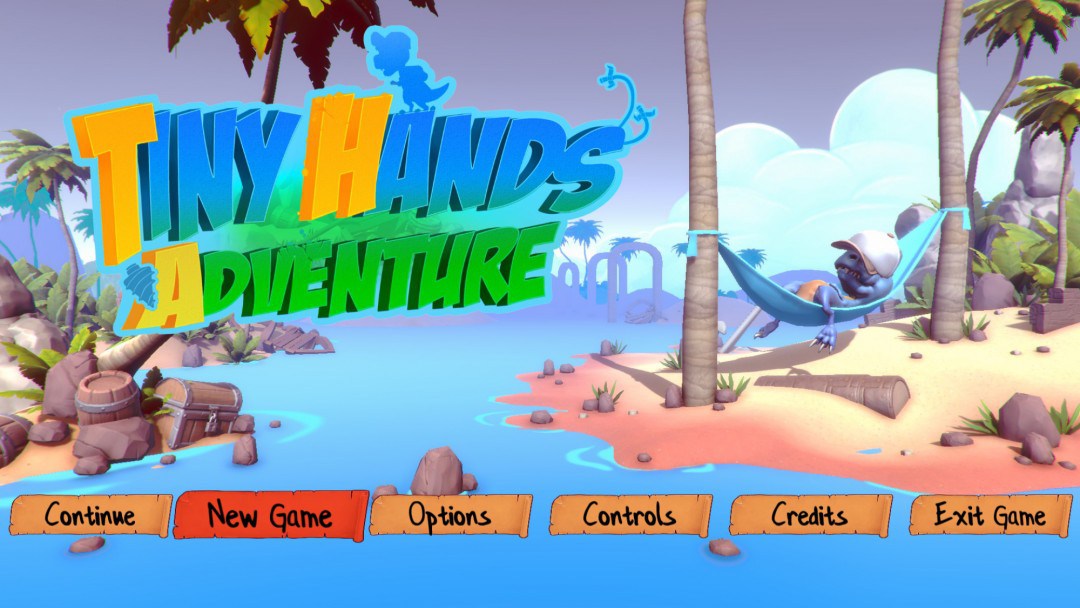 Behold the perfect example of a platformer that doesn’t necessarily need to exist.

Over the years, many developers and studios have taken advantage of the success of reprised retro icons, such as Spyro, Mega-Man and God of War’s rebirth onto modern consoles, however, with these remakes and reboots of old franchises, many studios take it as a chance to make their own game to capture some of the success.

One example of one of these games is Tiny Hands Adventures. At first glance, it looks like a fun, polished little platformer that is 100% catered towards children, however, when getting into the loose platforming mechanics, clunky controls and ‘interesting’ graphical choices, it is abundantly clear that beneath the charming surface is just your average Crash Bandicoot clone.

Upon first booting up Tiny Hands Adventures, I was quite excited to experience the new experiences and unique gameplay that built upon Crash Bandicoot’s solid yet retro platformer adventure. Instantly, I was faced with some brutally scary animation. Every frame of movement felt too snappy and quick, and resulting from this was some cheaply made-looking animation that I wasn’t too impressed with. Onto the first couple of cut-scenes and dialogue, it was made clear very fast that Tiny Hands Adventure’s story was not meant to be taken seriously, as it was all over the place to begin with.

Understandably, a T-Rex, has tiny arms and tiny hands, this would be unfortunate to anyone, but more so specifically to the main protagonist Borti, whose dream in life is to become a goalkeeper for a soccer team. This first set-up seems fair enough, hindrances in life can stop even the most passionate people doing what they love, but strangely, Borti meets Florella, a fairy who promises to help Borti become a goalkeeper, if he defeats the Temple Guardians.

Even though this is weird enough, it just became even more infuriating as throughout the game, there was never any real plot advancement. Understandable from a game primarily targeted towards kids, though – I just wished that the game could have engaged and done something to make you feel a little more attached to the characters.

Onto the gameplay, the main premise of Tiny Hands Adventures is to complete the four levels in each area, while collecting four special ‘shapes’ to unlock the boss fight at the end, allowing you progress to the next area. Each level has a generally different theme, and sometimes try to incorporate different level ideas to keep the mix of gameplay styles fresh.

Some of these themes and level designs, however, feel directly ripped from Crash Bandicoot, such as the boulder-chase level, which plays just like Crash’s one, except the controls are worse. Some levels, such as a comic book inspired level, incorporate a 2D-inspired design, and while this seems cool, it is implemented quite poorly, as you cannot see what Borti is running towards because of the cluttered foreground.

I did appreciate that some levels had a change in camera angle every once in a while, but the unique camera angles don’t quite make up for the ridiculously meticulous gameplay that this game puts you through. Compared to any other platformer, Tiny Hands Adventure has some really clunky and unresponsive controls.

Every jump and change of direction was dissatisfaction in true form, there are no frames between most animations, and so Borti looks like he’s changing position almost instantaneously with most of his animations and moves. This clunkyness of animation also feels the same in the controls, every jump requires perfect precision and most hitboxes on obstacles and platforms feel so unfair and the wrong size that I found myself missing jumps I definitely should have been landing.

Speaking of Borti’s move-sets though, what you’ll find yourself using most is move, jump and attack. Borti knows how to slide, crouch and roll, but during my time playing the game, I hardly ever found these moves being utilised, so they felt like a waste of potential.

Throughout the game, after beating each world, you’ll receive a new item/power you can use to be able to find secrets, help you 100% levels and complete later levels. These were a nice addition, as 100% a level allows you to play it again but in a harder mode, which was nice, as most levels in this game felt way too easy.

Tiny Hands Adventures has a lot of heavily influential bugs. During my playthrough, I came across a level which seemed fine until I was stopped by a gigantic wall. There was no way around it or through it and it would not open. I stayed on the level for a whole hour, trying to figure out how to get past one single door. Turns out a LOT of other players encountered this exact same problem, and couldn’t get past it, hence not being able to grab the shape to beat the boss to unlock the next area to beat the game.

Luckily, I managed to find a way to glitch myself over the wall and continue the level, but this was definitely not the intended route, as it required perfect positioning on a moving object, then building up momentum with my roll and executing it at the perfect time. Bugs like this happen all over the game, and I found myself dying for no reason, or not dying on things I should have died on; it’s very counterintuitive.

Tiny Hands Adventures looks and sounds like a cheap mobile game or a quick Steam cash-in. First listening to the soundtrack was nice, the tracks suited the game quite well, and they were quite catchy. But after listening to them on loop for hours on end, they became irritating and unenjoyable.

The graphics try very hard to look realistic, but falls flat on its head after watching those clunky animations. Some levels mess with the graphics, such as the comic level, which are nice touches, but not enough to keep me on the edge of my seat in awe. Visually and audibly, I found myself not connecting with much in the game, and hence there was nothing that grasped my attention so much that I found myself remembering it after my play sessions.

Overall, I found myself not really enjoying Tiny Hands Adventure much at all, but, in the mindset and eyes of a much younger player and audience, I could find myself enjoying it quite a bit. The platforming is at no point ‘too difficult’ and is a great way to introduce children to difficult platformers like Crash. It’s just too bad it’s plagued by bugs, gameplay issues, a boring soundtrack and visual design and some questionable controls that kept me from wanting to come back to the game after a while. Unless you’re a child, I really wouldn’t recommend this game, especially since the Crash Bandicoot N-Sane Trilogy is already out on the Switch.