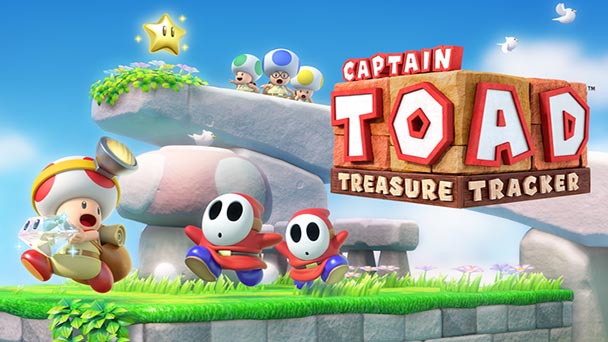 In a recent interview with Polygon, Captain Toad game director Shinya Hiratake and producer Koichi Hayashida talked about the original concept for the game. They spoke about a number of different things like why it was brought back for 3DS and Switch, creating gameplay by giving the player control of the camera and that Captain Toad was not the first choice as the game’s protaganist. In fact, it was Link from the Legend Of Zelda series whole was considered for the role.

Below, are the highlights from the interview.

On the original goal for the game…

Hayashida- “In Super Mario 64, we were trying to find a way to have people be interested in controlling the camera when they play. When we were doing Super Mario Galaxy, 3D Land and 3D World, we wanted to create gameplay where players didn’t have to control the camera. That was what we made our mission.

But at the same time, perhaps the experience of controlling the camera would also be a fun thing to try. We thought about how we could have players that are beginners control the camera and control the game. We thought that putting the whole stage in one screen and changing the camera angle could be a fun [way to play]. That way it’s … easy to approach. We wanted to explore that as a core mechanic of Captain Toad, and that’s how we ended up with those miniature worlds.”

Hiratake- “We thought Link would be a little too courageous and he would want to fight enemies with his weapons. Captain Toad is still courageous, but maybe a little bit weaker, and by having a character like that we thought we could have the player focus on the geography and turning the camera, that kind of gameplay. In the end I think it worked out really well.”

How Captain Toad came to be on 3DS and Nintendo Switch

Hayashida- “When we were creating the game on Wii U, we really thought that that [stereoscopic] 3D would help and enhance this game, so initially our idea was to port the game to 3DS.

While we were porting the game to 3DS, we were also making Super Mario Odyssey. When Super Mario Odyssey was being developed, we started to realize that [players really liked] sharing the controls and playing with other people. When we were making the Wii U version, we considered putting in a two-player mode – we thought it would be fun, but unfortunately that didn’t make it in.

When the Switch launched we thought perhaps there’s a way to share a controller and play with two people, and that’s how things started. When two people can play and it’s still fun, that’s when we decided to do both versions. It was a little tough, but it worked out. We definitely considered the fact that we do want more people to play and enjoy this game, but also I think the development team wanted to try new things with this version as well.”

On the future of Captain Toad like more games or levels…

Hayashida- “Is that something you’d want? It really kind of depends on how people respond.”

If you would like to read the full interview, you can find it over at Polygon.