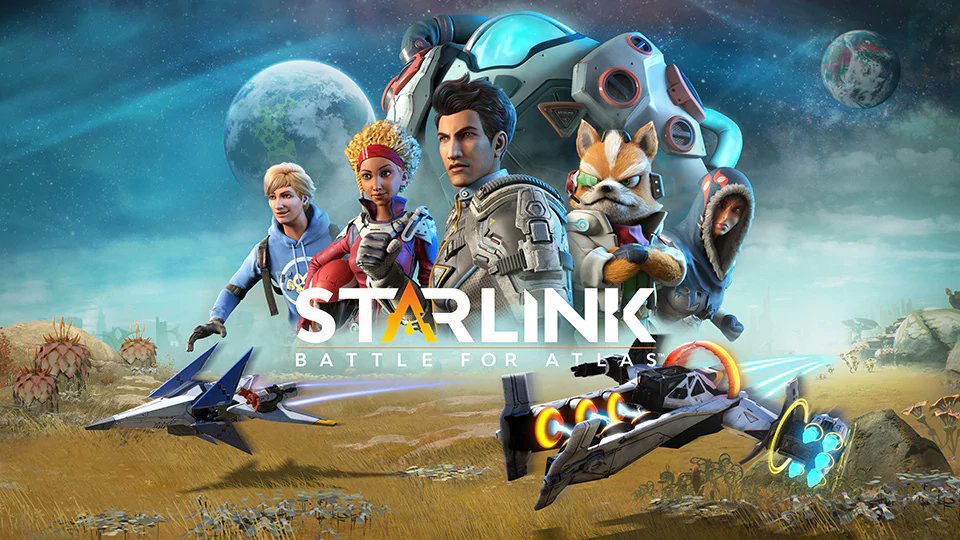 Are you a fan of Ubisofts Mashup from last year Mario + Rabbids Kingdom Battle? Well, a new collaboration was just announced for Starlink: Battle For Atlas. Starfox will be joining the game as a playable exclusive character for the Nintendo Switch version of the game. The game is set to arrive on October 16th.

Along with being playable during the games entire story, he will also offer exclusive ingame quests/content. The starter pack for the game will cost you about $74.99 and will feature both an arwing and Starfox pilot figure along with everything needed for the game.

The open-world, customizable combat action of Starlink: Battle for Atlas blasts off for the Nintendo Switch, Xbox One, and PS4 on October 16, and the Nintendo Switch version comes with some famous cargo. Nintendo’s Fox McCloud of Star Fox fame, complete with his Arwing, will join The Starlink Initiative as a playable character for the entirety of the game’s open-world campaign, including missions exclusive to Fox as add on content.

The retail Nintendo Switch Starter Pack ($74.99) for Starlink comes with a physical Fox McCloud Pilot and Arwing, along with all of the items below:

1 Starlink Video Game
1 Zenith Starship
1 Mason Rana Pilot
1 Shredder Weapon
1 Flamethrower Weapon
1 Frost Barrage Weapon
1 Controller Mount
1 Poster
With the exception of the Star Fox-related items, the Xbox One and PS4 versions of the Starter Pack will come with the same items. The Zenith Starship will be included as a digital-only item in the Nintendo Switch Starter Pack. For those of you that choose to pre-order the Starter Pack on any platform, you’ll also get the Startail pilot pack, which lets you play as a Startail pilot with explosive shots.