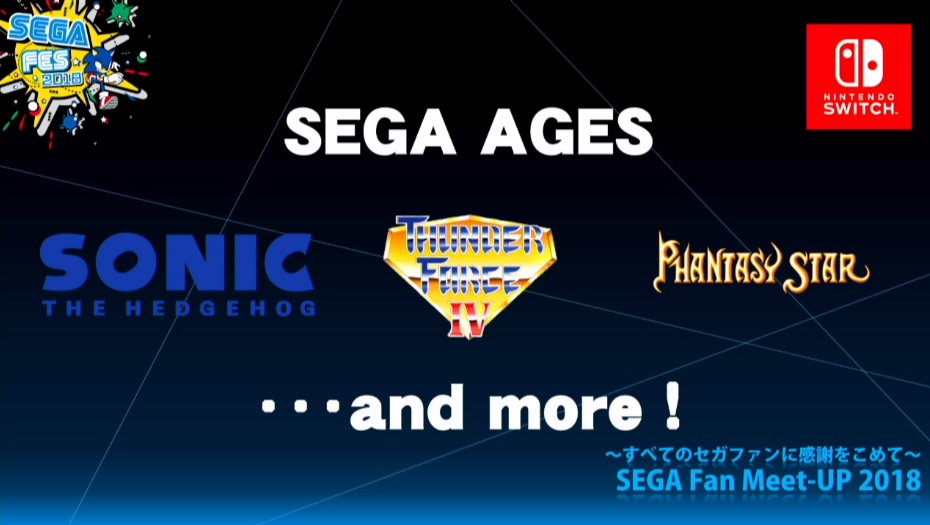 After teasing big announcements during the Fes Event beginning on April 14th, Sega announced the release of a compilation called ‘Sega Ages’ for the Nintendo Switch.  It is a collection of more than 15 Sega classics that will be released on the Nintendo Switch via the eShop. Some of the titles that will be included are Sonic The Hedgehog, Thunder Force IV, and Phantasy Star among others.

There is no confirmation on what other titles will be included or when it will be released, but the Sega Fes, which began today, will run until the 15th, so there is still chance for the games and release date to be revealed.

We will be providing more information as it is released.