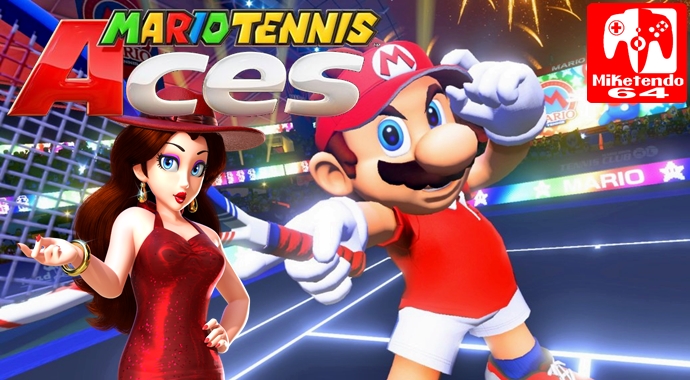 While it is true you shouldn’t believe everything you see on Twitter, sometimes you can find an absolute gem and for me, this tweet is that gem:

If Pauline isn't in Mario Tennis Aces, there will be riots.

Upon seeing this tweet, it immediately dawned on me that not only is @moldyclay right, but Pauline absolutely does deserve to be in Mario Tennis Aces and that is exactly what this article is going to be about. So, reason why she should be in Mario Tennis Aces? She is a huge part of the Triforce that birthed the Mario franchise. While The Legend of Zelda’s Triforce is Courage, Wisdom and Power, or Link, Princess Zelda and Ganon /Ganondorf, the Mario franchise has Mario, Donkey Kong and Pauline!

It wasn’t a brunette Princess Toadstool/Peach who was the girlfriend of Mario that Donkey Kong kidnapped in the arcade adventure Donkey Kong, but Pauline, who was also known as Lady and The Beautiful Girl. Sure, Pauline could have easily been anyone else, i.e. a character of another name, but she’s not, she’s Pauline, she’s Mario’s first known love interest and did make an appearance in the Mario vs. Donkey Kong games March of the Minis, Minis March Again!, Mini-Land Mayhem!, Minis on the Move and Tipping Stars. More recently though, she was given an epic comeback in Super Mario Odyssey, she’s the Mayoress of New Donk City, knows how to perform and more importantly, she has a great HD design to her. So great in fact that she doesn’t just look athletic, but it would be a waste if her design was just limited to one game, so why not have her in Mario Tennis Aces? 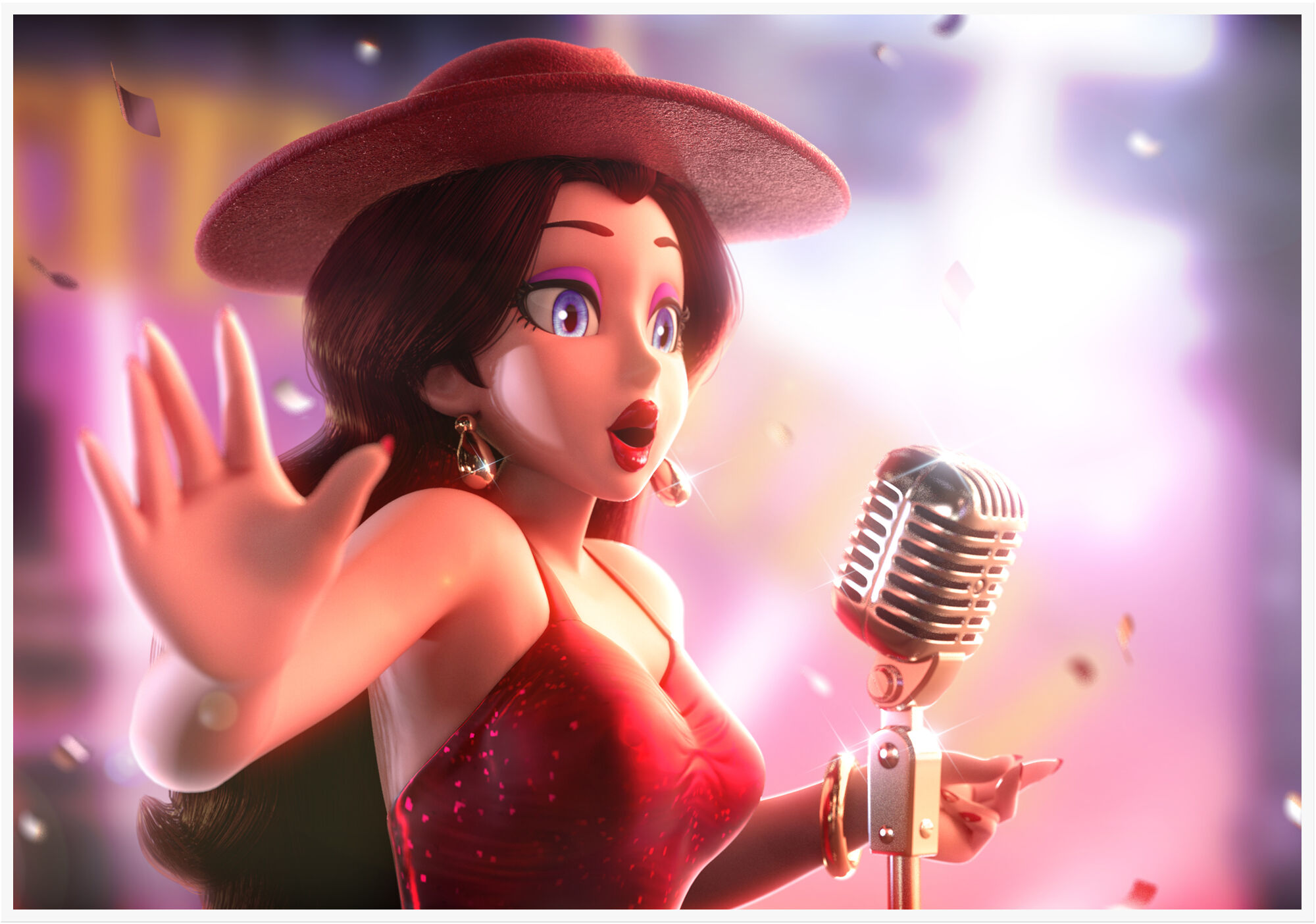 When Pauline was first revealed for Super Mario Odyssey, fans immediately fell in love and became overjoyed and they were right to do so. Pauline would be making an epic comeback and now that she is back in the centre of attention, which is where she belongs and harbours no desires to steal Mario from Peach, it would be a shame if she didn’t get to stick around for a while. By no means would I like to see her added as a DLC character for Mario Kart 8 Deluxe, or throw her into a Mario Kart 9 as a new racer, but she is a character I feel deserves to appear in any sports related Mario games that grace the such, such as a possible Mario Golf game and Aces. She’d be a great character to play as and given her design, it would easily be possible to give her an attire benefiting of a Tennis player. She would also help balance the roster out a little as another female player to play as, who will swiftly become the favourite.

Sure, you could argue she has a city to run, so that would be a reason why she couldn’t compete, but what about Bowser and Peach? One actually runs a Kingdom and the other is constantly trying to seize that Kingdom for himself, but they always find a way to put those things on hold to compete in a series of races, so there’s no reason why Pauline couldn’t do the same. Plus, we love her now, more then we loved before and to not have her in the game, it would be chaos. There would be uproar and Nintendo would get a lot of hate. Sure they could try to add her in as a DLC character post-launch or even be added as a free character like how ARMS added new fighters for free, but let’s be honest, it would be much better to have her in it straight from the start and I’m not the only one who thinks that. With Miketendo64 finally bringing out a podcast this year and Episode 1 recorded, I thought it would be a good idea to talk to a couple of the guys we have on the cast and see what they think and the two that responded (@jmac857 & @ThirstyNintendo,) both agree that not only does Pauline deserve to be in the game, but she should be there from the get go and not as DLC as “It’s assumedly going to be light on content as is as you can’t vary up a tennis court much beside the scenery and court types, so it needs as much content packed in as possible.” – Lachlan aka @ThirstyNintendo.

Should Nintendo fail to add her in as a playable character though, I do hope they’ll at least bring her in as an NPC that serves in a Tennis Coach capacity, to at least tell us how to play Mario Tennis Aces, or even serve in another field entirely so that we can see her more often. As long as she is in it in some way, no matter how small it is, the wolfs will be kept at bay, because even though she might be needed in it that is no reason why she can’t be in it as her character does feel more justifiable than a Koopa Troopa or a Gomba. So, here’s what I propose, we all band together, we show Nintendo our support and we see if we can make this happen, because it needs to happen, but if you are against the notion, you’re welcome to do so. (Freedom of speech on that, just don’t forget to comment why not?) Whatever side you stand on, we now have a poll out concerning whether or not Pauline should be in Mario Tennis Aces and you’re welcome to vote as you please!

Inspired by a tweet by @moldyclay, how many of you would love to see #SuperMarioOdyssey's Pauline make it into @NintendoAmerica's #MarioTennisAces? Be sure to vote and comment what capacity you'd wish to see here in. (Playable Character, Tennis Coach, DLC add-on, etc..)