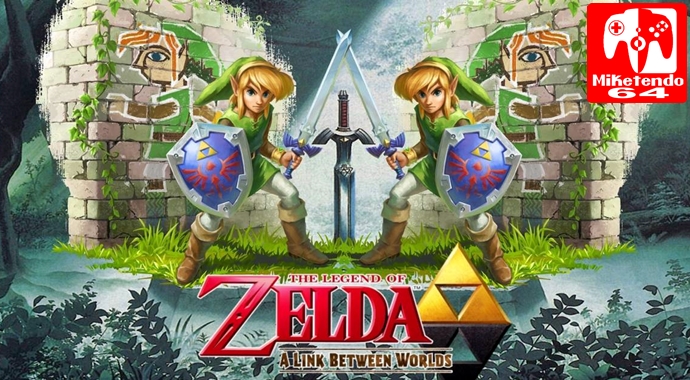 With so many rumours whizzing about the world wide web these days, it can be easy to lose sight of what is actually true and what is just false and today, I shall attempt to dispel one such rumour.

If you are a regular on reddit and often hang out in the Zelda side of things, there’s a good chance that you’ll see a thread dedicated to the rumour of “Is The Legend of Zelda: A Link Between Worlds being ported to the Nintendo Switch?” Well, our answer is a flat-out “No,” and this Editorial is going to explain why our answer is what it is. So first things first, let’s address why this rumour even began in the first place. It’s all because of a tweet by @pixelpar. This tweet in fact:

Nintendo PR reps have been contacting journalists and requesting permission to re-quote reviews of A Link Between Worlds (for promo purposes). ALBW was released on 3DS in 2013.

The thing about this tweet, is it is true. Nintendo’s PR teams were in fact reaching out to video game media sites, asking if they could use reuse quotes from reviews that were penned for A Link Between Worlds. Now, there are plenty of reasons why Nintendo would do this, with the most likely one yet rumoured one, being they’re doing it because A Link Between Worlds is being ported to the Switch, but that’s speculation, as is assuming Grezzo’s ad for “Make a Legend 2” applies solely to them making another Zelda game. For instance, when Grezzo did put out the first “Make a Legend” ad in 2014, the following year, although they were involved with 2 Zelda games that released (Majora’s Mask 3D, which released February 13th and TriForce Heroes, which was out on the 22nd of October,) in the January, a few weeks before Majora’s Mask 3D, Grezzo’s The Legend of Legacy launched on the 22nd of January.

Now, why does that matter? Well, The Legend of Legacy also has “Legend” in the title and since it released back in 2015, there has been no mention of a second game, so while it is easy to hope the Legend 2 ad refers to Zelda, it could be for an Ever Oasis 2 since the game is doing well, or more logically, be for a The Legend of Legacy 2, as the game does deserve a sequel after. Sure, you could argue the first Legacy game is a 3DS title, so why would they want a HD expert with Unreal Engine experience for a sequel, but you could actually argue why would Grezzo need someone like that for a Zelda game?

Every Zelda that Grezzo have been involved in, have been for the 3DS, we’re talking Ocarina of Time 3D, Majora’s Mask 3D, TriForce Heroes and The Legend of Zelda: Four Swords Anniversary Edition, which was put out as DSiWare. They were never involved in A Link Between Worlds and given the fact they do have a preference to bring games to the 3DS due to a larger install base, it does not seem likely they’ll actually want to bring a new Zelda game to the Switch just yet, even if it is a port of a hit game that launched in 2013. What is both logical and likely though, is that they want to do a sequel to The Legend of Legacy that might not even be out until 2019, which at that time, is when they’d want to start bringing games to Switch, since it would have a much larger install base of around 18-20 million units sold by the 1st of January, 2019 easy.

So to merely assume they are working on A Link Between Worlds Switch port, is conjecture at best, especially since there are enough rumours going around saying their next Zelda game is planned for the 3DS anyway. But back to the whole Nintendo PR thing and reaching out for review quotes, the majority of the outlets who have spoken out as having been asked, are US based and the ones that aren’t, are huge Nintendo media/news sites such as Nintendo Life. Also, to satisfy our own curiosity, we reached out to 2 of our contacts who do PR for Nintendo UK and 1 of them actually admitted to not having any knowledge of Nintendo UK asking sites for quotes, which leads us to believe the quotes aren’t for a port, but a re-release.

A Link Between Worlds, despite turning 5 this year, is still something of a system seller for the Nintendo 3DS and associated systems in that particular line. A series of handheld systems, which by the way, Nintendo have stated to wanting to support all this year. Also the second it is ported to another console, although it would sell, it wouldn’t be anywhere as successful as it is on the 3DS and despite it being a phenomenal game in its own right, it has no chance of living up to the likes of Breath of the Wild and as such, would often get overlooked. Furthermore, as a game made for the 3DS, it would require a lot of work and remastering, just to make it pop as a HD title on Switch and right now, given what Nintendo have admitted to having in the pipeline and the projects that are announced, remastering a game that is not 5 years old yet, serves no real purpose, when there are other Zelda games and non-Zelda games in general that could be remade and go on to sell a lot more units.

However, re-releasing a game at a lower price tag, would be beneficial and since A Link Between Worlds has yet to be added to the Nintendo Selects range for North America, when it is already part of it for Europe, it makes plenty of sense that such a thing will happen now. It is something fans have asked for and would once again shift a couple of consoles, as well as appeal to gamers looking for a quality Zelda game at a cheaper price, while they save up money to buy a Switch. It would also act as a beneficial marketing ploy, should another Zelda game find itself launching on the 3DS, but take it from us, a Switch port is not happening. It’s too soon, it’s not something Grezzo would be handling, because if they were porting a Zelda game, it would more likely by Ocarina of Time HD, due to 2018 being its 20th anniversary, but A Link Between Worlds is not coming to Switch this year, so do yourself a favour and strike the notion out of your head. It would be nice to play it on the console, but the amount of reworking is just not worth it at this time.