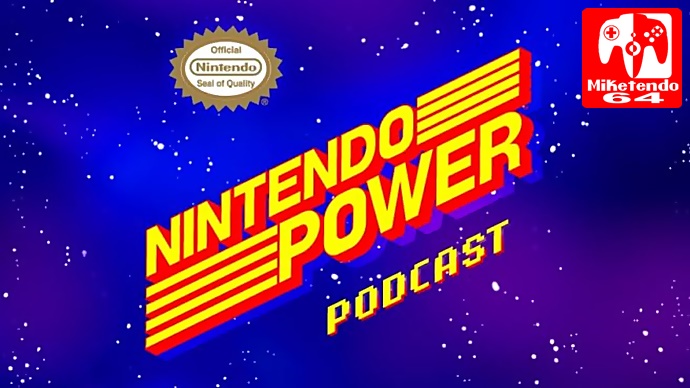 Nintendo Power Podcast Will Start As A Monthly Feature

Nintendo Power was Nintendo’s official magazine back in the day that many Americans will certainly remember, at least most of you that visit this website anyway. In Europe we got the Official Nintendo Magazine which much like it’s American cousin, is no longer in production with the exception of countries like Spain where it is still holding on.

The Nintendo Power Magazine sold it’s last issue in 2012 and many thought that this would be the end of Nintendo Power and it pretty much was until the name was picked up and instead of being a magazine it has become Nintendo’s Official Podcast. The First episode aired in December 2017 and is planned to be a monthly occurence though if there is a high enough demand, Nintendo may increase the amount of episodes a month.

The idea to do a podcast started back in Summer 2016 where head of Social Media, Steve Norman felt that it would be a good idea to revive the Nintendo Power name. The podcast is still in it’s trial phase and the current focus is offer a inside look of Nintendo America. There will also be guest appearances from those that work for Nintendo Europe & Nintendo Japan. If feedback from the first few episodes are positive, more features from the original Nintendo Power magazine could make a return (the Warp Zone Quiz from episode one for example).

If you would like to see the first episode of the Nintendo Power Podcast, you can watch it in the video below. Host Chris Slate, gets an opportunity to talk with Zelda Producer Eiji Aonuma & Zelda Developer Hidemaro Fuijbayashi about a number of topics regarding Zelda: Breath of the Wild.

This information comes from Nintendo Life from their recent Interview with Chris Slate and Kit Ellis, the hosts of the Nintendo Power Podcast. If you would like read the article, you can find it here.