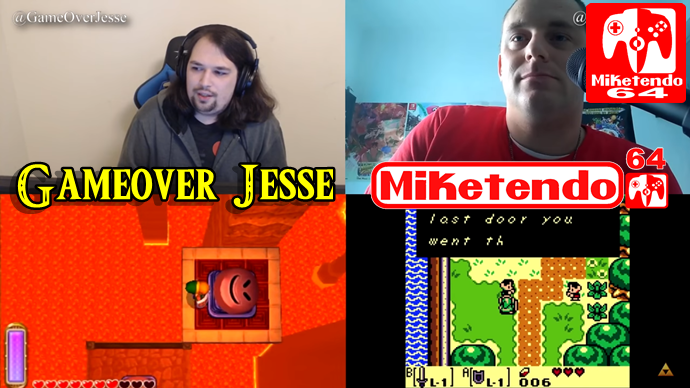 With the rumours of a ‘supposed’ Link’s Awakening 3D/HD remake coming to the Nintendo 3DS, Zelda Theorist and YouTuber Gameover Jesse, got in touch with us to talk about our thoughts in the matter and whether there is any credibility behind the rumours.

Our Friend Marcus Sellars has been put under the firing line again with his sources telling him that their is something in the works. Naturally, we stand up for our own so it was an opportunity for me (Mike) to talk with Jesse in order to clarify the rumours and that though no hard evidence has been provided, there has been instances about a supposed Link’s Awakening that stems back to 2016.

You can watch the video below to hear my thoughts in Gameover Jesse’s latest video.

Again, I would like to than Gameover Jesse for the opportunity to feature in this video. It has always been a pleasure working with him and the friendship and collaboration that we have is one that Miketendo64 holds dear.


Categorised in: 3DS, Announcement, Nintendo, The Legend Of Zelda, Video