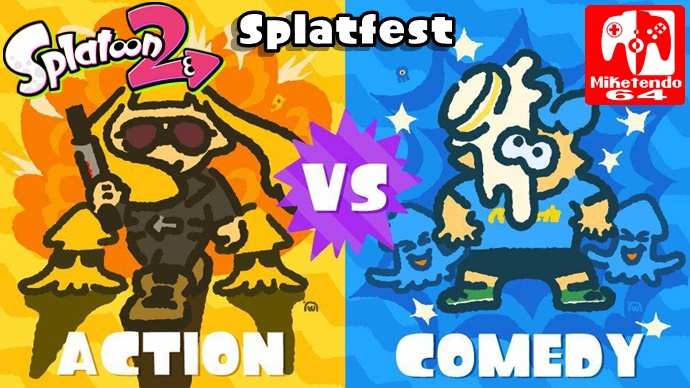 Splatoon 2 will be hosting another Splatfest next weekend (January 12th) and this time it will be a Global theme and all the results will roll into one. The theme is Action Vs Comedy and will kick off in each region at the following times:

It’s #TeamAction vs. #TeamComedy for the first 2018 #Splatoon2 #Splatfest! And this time the theme and results are global! The event kicks off 1/12 at 8:00 p.m. PT. pic.twitter.com/WhD2PnHWu1

The Splatfest will be running for a full 24 hours so there will be plenty of time go get a few battles in. The results will probably go live a few hours after the splatfest has ended.