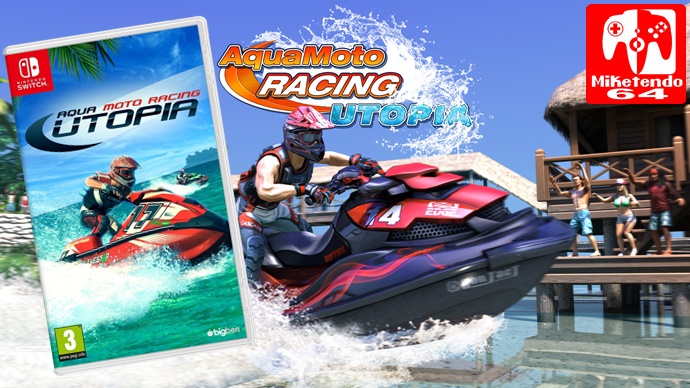 A listing has appeared on Amazon Spain for Zordix & Big Ben Interactive’s Aqua Moto Racing Utopia for the Nintendo Switch. The spiritual succesor to Wave Race, will be coming to the Nintendo Switch on November 19th at a reasonable price of €39.99. Of course, the physical edition will be around €10.00 more expensive than the digital edition and even other versions of the game on other platforms like steam or PS4 but at least you will get a nice game case to add to your switch collection.

Pre-orders have also opened up so if you want to get your hands on the game you can do so via this link. Snow Moto Racing Freedom has also gone up for pre-order as well for the same price at €39.99 with the same release date of November 19. You can pre-order that game here.