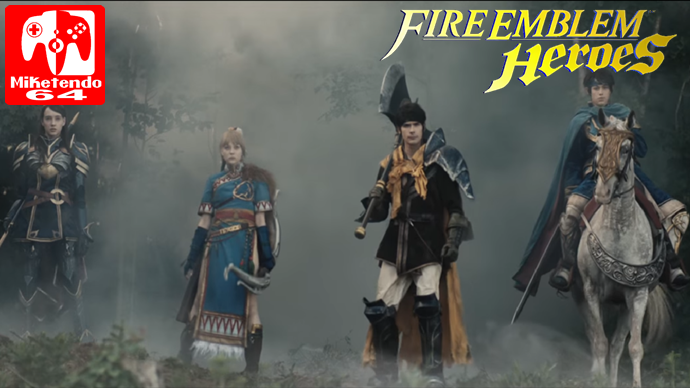 September 1, 2017 7:58 am Published by Mike Scorpio Leave your thoughts

Just a few days ago, Nintendo released a short Live-Action video for Fire Emblem Heroes. Now they have released a full version and gives a bit more back story between Ike & the Black Knight. You can check out the video below.

If you have been folloing the Mobile Game, Fire Emblem Heroes, you will know that the latest summoning event brings back old favourites that have been chosen by fans, this time wielding different weapons to what they normally are accustomed with. You can check out the New Heroes (Brave Heroes) video here too.