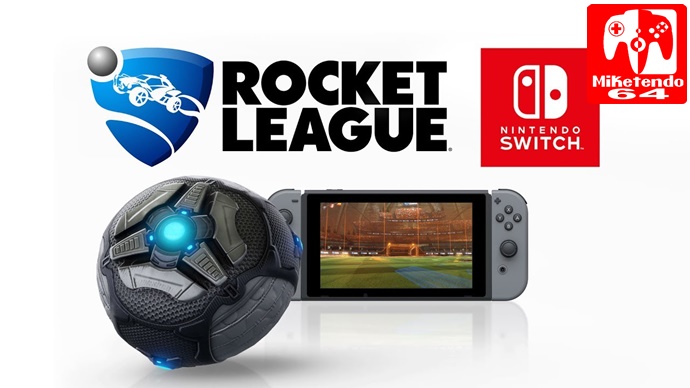 During a recent interview with Game Industry, Psyonix’s Vice President of Publishing Jeremy Dunham opened up about their relationship with Nintendo and bringing Rocket League to the Nintendo Switch.

“Nintendo has been very open with giving us whatever resources that we need, answering any questions that we have, allowing us to do cross-network play, which is a big deal and very important to us and they had no problem with that at all. That was the very first question I asked them. I said: ‘If we are going to commit to doing this, would you guys allow us to do cross-platform?’ And they told me that if it is important to us, then we will do cross-platform. There wasn’t even any hesitation.”

Dunham also explained that cross-platform between consoles is inevitable and that they have plenty of security measures in place to protect user information which can’t be datamined.

“We don’t share data between platforms. And there’s no way that they can get in there and data mine anything from us, because it is all our own system. We handle the matchmaking and we handle the servers, it is all on our side, so we think we’re covered. We are huge believers in cross-network play. Especially now that Minecraft has made the announcement that they want to do the same thing that we’ve been doing. It is inevitable. How long inevitable actually becomes reality, I don’t know. But we think we are getting there. The key is for the community to really get behind the idea.”

Dunham also went on to confirm that they have no plans to create a sequel but will continue to support Rocket League as a single platform as opposed to turning it into a franchise.

“We look at Rocket League as a platform, and not as a franchise for us to make very different versions of,” Dunham says. “Rocket League is a game that, as it expands, it is still the same game. It is not Rocket League Karts or Rocket League RPG. We don’t want to exploit the brand. We want to reward the players, that’s how we look at it. Our vantage point is that if we are going to make a new game, then it needs to be a new game, we want it to be its own thing that’s built on its own merit and its own expectations. It will have its own team, its own philosophies and it will be a separate thing.

The Nintendo Switch version of Rocket league has been optimized to work on the platform and will run at 60 FPS when in docked mode and is compatible with the Pro Controller. Players can also use the Joy-Cons separately as well. It will also support 2-player split-screen in tablet mode and up to 4 players in TV (Docked) Mode.

If you would like to read the full interview, you can check it out here.