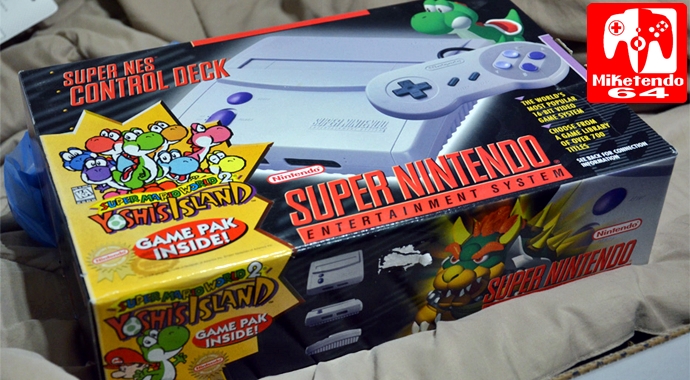 According to a new article by one Jonathan Holmes, a writer for Destructoid, what started out as a hunt to purchase a Twilight Princess Link amiibo, soon turned out to be a roadtrip that saw three GameStop Managers “confirm” the existence of the SNES Mini.

Each one very well could have been pulling a fast one, except either GameStop Managers are all given the same fob story that sees them all saying their managers were invited to a behind closed doors meeting, which saw Nintendo revealing a “SNES Classic plug-and-play system.” Still, according to the “story” which is an interesting read, some Managers were more open with what they had to say and went as far to insult Nintendo and some even giving the following as a statement:

“Yes, there is going to be a SNES Classic. No, it does not have a release date. No, Nintendo would not confirm that a N64 Classic would be coming next year. Yes, I will buy it day one if and when they make it, because Smash 64 is the best in the series, but no, it’s obvious why they’re doing this. They aren’t doing it for simple, direct profits. The real money is in games and licensing, but you can only sell so many games to so many hardcore gamers before you reach that ceiling. So they’re playing head games. At least, that’s how it sounded to me.

“With these plug-and-play systems, they want headlines and foot traffic, dude. The Switch and the 3DS sell great, but if you want to get the normies out there to take a break from their regular Facebook and YouTube routines and do a Google search for ‘New Nintendo system,’ or better yet, actually walk into the Nintendo section of a store like this, you have to pander to that lowest common denominator with cheap shit and nostalgia. Works every time, dude.”

Whether true or just a rumour, the story of the SNES Mini is an interesting one and since the NES Mini was unveiled in July last year, maybe we’ll see something similar next month! (We can only hope right?)