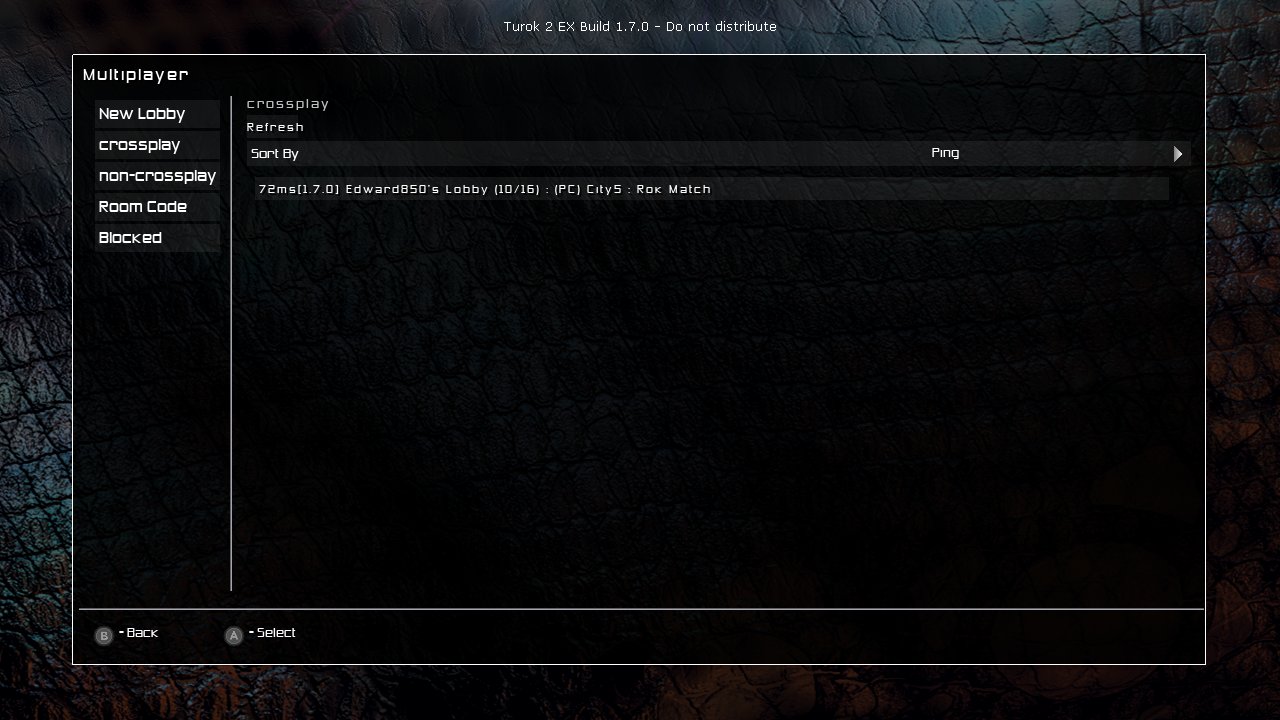 Turok 2 Multiplayer could well be on its way to Nintendo Switch some time soon. Now we don’t like to cause or spread rumors unless there is a strong evidence to support it. The case for Turok 2 Seeds of Evil Remastered Multiplayer does seem to be a strong one. When we spoke to Nightdive Studios some time ago regarding Multiplayer, they couldn’t give a direct answer but did reply with the following.

“While I can’t address specific features or issues, we are planning on continuing to support and update this title as we do with all Nightdive games.”.

Now, one of the developers that worked on the Turok 2 Remastered port teased an image on Twitter of what looks to be a Multiplayer lobby for the game. This may not seem like much on its own but Nightdive Studios also retweeted the image.

If you look closely at the top, you can see text saying Dev Kit 1.7.0. The Current version of Turok 2: Seeds of Evil Remastered is 1.6.0 so we could be looking at an update coming soon. We for one will be looking forward to some official confirmation and hope that the update will be dropping soon.

What about you folks? Do you think we could be seeing a Turok 2 Multiplayer update coming soon? Let us know in the comments.