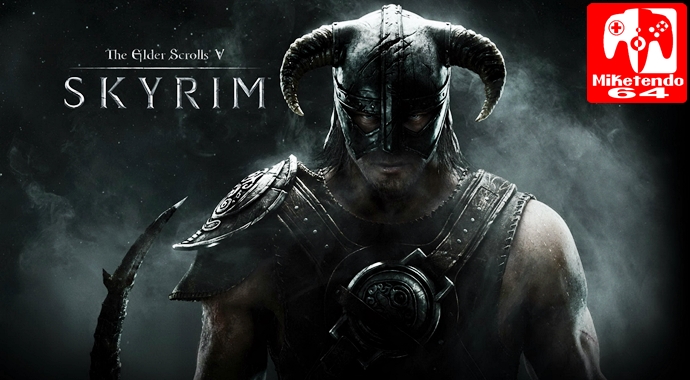 While some gamers out there are disappointed with what has been shown for E3 so far, some are delighted, especially when Bethesda’s new trailer for Skyrim for Switch showed certain Zelda support and that’s not all.

In fact quite a few things were shown off and since then, even more details have been revealed about The Elder Scrolls V: Skyrim for Nintendo Switch so with so much to read and see to get the full picture, we’re back with another of our Everything articles, to put it all in one place and first up, let’s watch that new trailer shall we:

I have never been one for Skyrim in the past but the fact it does have a Zelda collab and amiibo support, suddenly I’m doing a 180 and am all for it. The game does look pretty fantastic after all and with it being smaller than The Legend of Zelda: Breath of the Wild, it will be a lot easier to complete, but since there is still plenty more to get through, here is an image of the Switch box art, followed by the official press release and screenshots:

Live another life, in another world – from battling ancient dragons to exploring rugged mountains – in the legendary open-world masterpiece from Bethesda Game Studios:

Winner of more than 200 Game of the Year Awards, The Elder Scrolls V: Skyrim, the epic fantasy from Bethesda Game Studios, arrives for Nintendo Switch. The legendary open-world adventure where you can be anyone and do anything, now allows you to go anywhere – at home on your TV or on the go. The Elder Scrolls V: Skyrim for Nintendo Switch includes all-new gameplay features like motion controls for combat and lockpicking, outfits and gear from The Legend of Zelda, plus additional loot unlocked from compatible The Legend of Zelda amiibo figures. Take down enemies with the Master Sword, protect yourself with the Hylian Shield or look heroic in the Champion’s Tunic. Skyrim also includes all official add-ons – Dawnguard, Hearthfire, and Dragonborn.

The High King of Skyrim has been murdered. Alliances form as claims to the throne are made. In the midst of this conflict, a far more dangerous, ancient evil is awakened. Dragons, long lost to the passages of the Elder Scrolls, have returned to Tamriel. The future of Skyrim, even the Empire itself, hangs in the balance as they wait for the prophesized Dragonborn to come; a hero born with the power of The Voice, and the only one who can stand amongst the dragons.

After all this, we hope you leave our site knowing exactly what you wanted about just what exactly the Switch version of Skyrim entails.


Categorised in: Breath of the Wild, E3 News, Nintendo Switch, The Legend Of Zelda