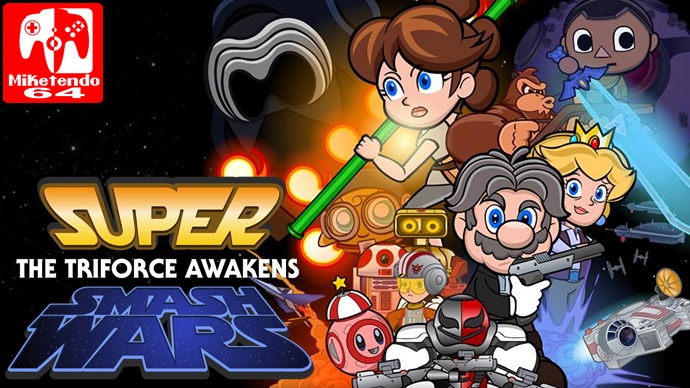 If any of you have been following James Farr on YouTube, you will be happy to know that the second part of his Super Smash Wars: The Triforce Awakens Parody is now available to watch on YouTube. It continues where the previous part left off with Reysy being kidnapped by Shylo Ren who reveals himself to be none other than… well rather than spoil it for you, you can watch it below instead 😉

Be sure to subscribe to James Farr on his YouTube Channel to keep up with his latest animations and Let’s Draw webisodes.