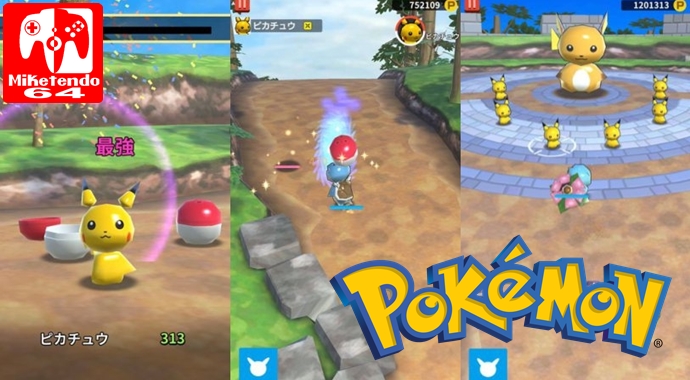 Move over from the headlines Magikarp Jump and Pokémon GO, it’s time to talk about yet another mobile Pokémon game.

The new game in question is PokéLand and it is continuation to the Pokémon Rumble series, except instead of coming to a Nintendo platform, it’s coming to mobile phones and smart devices instead. According to the information that has been compiled for the game by Serebii, PokéLand is entering Alpha Testing in Japan for Android devices. Testing is said to last until the 9th of June and it has 134 different Pokémon.

There are also 52 stages to be completed, a Champion Tower, which has 15 floors and even a special detector that can only be used once every 30 minutes to find Pokémon. There are also islands in the game that can be unlocked when players spend Diamonds, plus your “Pokémon toys” can be powered up by using P and Gear.

Bad news is the game requires an internet connection and for those of you who are in Japan, playing the Alpha, when the game does roll out, the test data will be deleted, but the game does support My Nintendo, so with the game, save data can be moved between devices and that via using My Nintendo, your associated Mii will appear as well.

Now while the Alpha Testing is limited to Android devices, it has been said the full game will be coming to both Android and iOS devices, but at this time there has been no word of a release date. Just as soon as a release date does come, we will of course be back with a follow-up, but until then, here’s a bunch of screenshots pertaining to the new game for you to enjoy!