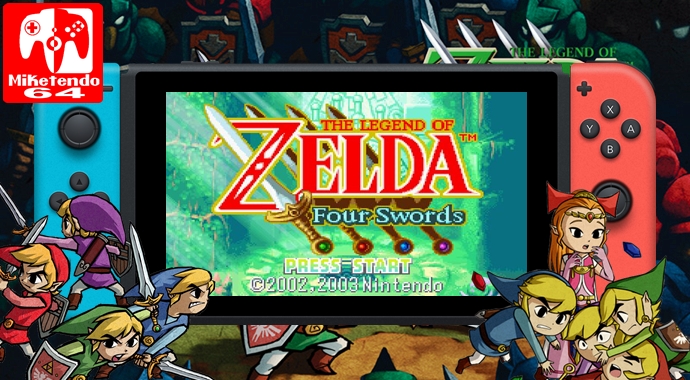 [Editorial] Should the Next Remastered Zelda Game be One of Capcom’s Creations?

As part of our ongoing promise to have more opinion pieces and original content, it’s time to add another article to that list and this time we’re keeping it Zelda focused.

While not every Zelda fan is happy with all the Zelda remasters/remakes and releases we’ve been getting the last decade, there are still plenty of us who have been enjoying them immensely and since it is common belief that we will get at least one more remaster before 2020 finally comes, is it time for a remake of one of the Capcom games?

Sure the Oracle games, as enjoyable as they are, they weren’t anywhere nearly as popular as they could have been and yet, The Minish Cap and even Four Swords was in fact well received. Yet despite that, Capcom was never involved with another The Legend of Zelda game ever again, but should Capcom get another chance?

Personally I say yes. The Switch is now out and The Legend of Zelda: Breath of the Wild continues to be enjoyed by all those who play it and is still receiving high praise, but it was still a Zelda game we had to wait over half a decade for. I know Nintendo have explcityl stated the next home console game shouldn’t take nearly as long to develop, but the fact of the matter is, although the Switch is at the beginning of its life cycle, it does in actual fact need a second Zelda game! Why? Because to truly cement its place as both Nintendo’s ultimate gaming machine, and as platform with such an immeasurable status that Xbox One and PlayStation 4 can not live up to, even with their supreme performance, a second Switch Zelda game is simply a must!

Now having just read what I wrote above, I’m sure almost all of you are thinking I must be nuts, as the Switch doesn’t need another Zelda game at all (not for a few years anyway,) but you would be wrong. Not only is a mobile The Legend of Zelda game on its way, but there is also plenty of inside talk of a new 3DS Zelda game and when both do see their eventual release, the interest and demand for Zelda will reach even higher levels than they already are. More Zelda fans will be born overnight, sales of Nintendo platforms will rocket and then demands for another Zelda game on Switch will reach the very Heavens, gracing Iwata’s ears.

Sure Nintendo could try and satisfy these cries by releasing a Skyward Sword HD, while they work on the next home console, which could be the multiplayer experience Aonuma talked about, but with the graphics of Breath of the Wild, or it could be a Zelda game straight from Capcom, which would only require less than a year to successfully developed and release. Yes a new Zelda game would be great, but what if Capcom brought back Four Swords and stuck it straight on Switch?

The possibilities would then become endless as the console would allow local multiplayer, so that four players could all play together easily, with a single screen to gaze upon. But then the game itself could have local wireless as well, so that if you don’t feel like sharing a screen with a friend, they could sit in close proximity and the two of you could voyage in a similar fashion to Tri Force Heroes, but you won’t be playing Tri Force Heroes. 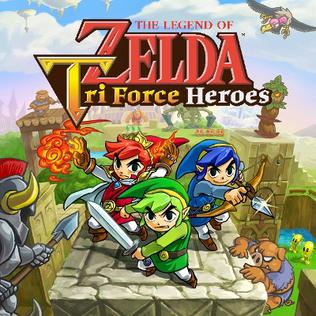 What you will be playing is a true Zelda game that could easily be revised to incorporate items from the newer games, including locations and lore, but you’ll also be getting a proper Zelda experience with a proper story and a proper Zelda game to fully utilise HD Rumble and there is something else to consider as well. Thanks to the use of amiibo, there isn’t a reason why amiibo couldn’t be used to save your Link’s data to, so if you went round to a friend’s house to play together but left your Switch at home, by using the saved data in the amiibo, you can scan it in on your friend’s console and it will allow you to play as YOUR Link that you have created and ben using in your save profile and then when you’re done, you can then use the amiibo again to save your progress and take it home with you. We’ve already seen similar things happen with amiibo happen in the past, so it would be very easy to implement.

The fact of the matter is, Nintendo are “already planning” on doing another multiplayer Zelda game, so why not give Capcom the go ahead instead? So what if it isn’t done in the graphics of Breath of the Wild? Thanks to the Switch’s processing power, the graphics could easily be improved to resemble that of an Unreal Engine 4 made Ocarina of Time styled game and for the sake of repetition, even with a more HD look to it than the top down 2D effect Capcom could go for, this particular Zelda game really wouldn’t take that long to develop and could easily be the Switch’s Big Summer release for 2018.

Okay sure, a remaster or even a remake of The Minish Cap would be better what with the last multiplayer Zelda game being Tri Force Heroes, but to be fair that was Grezzo’s influence, which Nintendo was happy enough to go along with. Capcom would not make the same mistake and has a much larger budget and you know, Switch access, so although Tantalus Media would do a good job of porting Skyward Sword to Switch, as far as my personal preference goes, it is time for a Switch Four Swords remasters!

But what say you? You’ve had to sit there listening to me say my piece, so let’s hear yours! Should a Four Swords remaster happen? Or would you rather see a Link’s Awakening remaster? Let us know!


Categorised in: Editorial, Nintendo Switch, The Legend Of Zelda