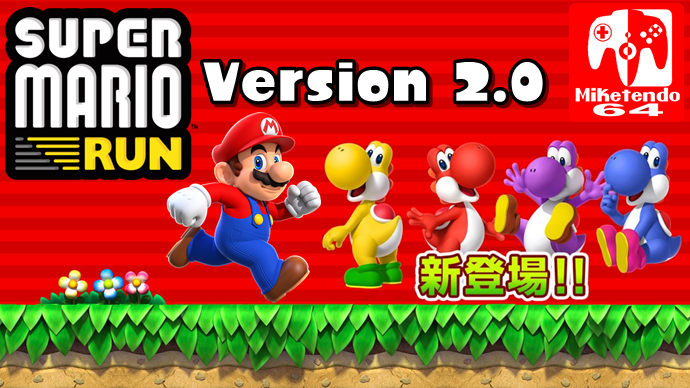 [Update] Here’s Everything we Know about the Super Mario Run Version 2.0.0 Update

Super Mario Run has finally run its way to android devices, and with it comes a great number of changes that also affects the iOS version of the game as the huge Version 2.0.0 update is available right now!

In fact this update is so massive that there’s quite a bit to it, so much so we’ve got no choice but to share it all here, and more! I hope you have a few minutes to spare.

More of the game is now available to play for free:

New buildings to be added:

Easier to get Rally Tickets in the Bonus Game House:

Easy Mode can now be selected at the entrance of World Tour courses:

The appearance rates of different colored Toads in Toad Rally has been adjusted.

Adjustments have been made to the tutorial to make it easier to understand:

Ease of play has been improved:

Other changes and improvements

But this article does not end here, because there there’s more to this new update than what’s mentioned and it is four gifts in the gift box, which includes a Gold Toad Statue and some other rather nice goodies that we’ve got a photo of right here:

And just like that, we’ve reached the end of everything we know about the new update (so far.) But remember, for everything Super Mario Run related, the site to go, is miketendo64.com