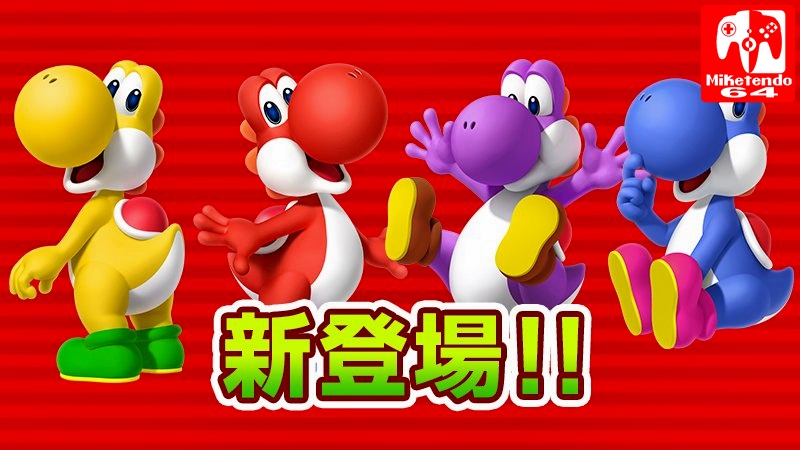 Following the reveal of a new 2.0.0 update coming to Super Mario Run and the tease that additional information would follow, the first of the additional information has come and as well as revealing just who exactly the new characters are, it also gives us a release date and that date is the 23rd of March! So while android users get to experience the delights of Super Mario Run for the first time, iOS users get a reason to play it again!

So what about these new characters? Well at first glance they are something of a let-down, since instead of bringing in a new character, we’re getting more of the same as four different coloured Yoshis will be joining the fray and they are of course Purple, Red, Yellow and Blue. Also according the tweet where all this information comes from, these Yoshis will actually make it easier to get Toads of the same colour when playing Toad Rally (Red Yoshi gets more Red Toads,) so if you were struggling to unlock every in-game item due to needing more Yellow Toads then you can actually earn, the Yellow Yoshi will help you do just that!

In short, like them or hate them, the coloured Yoshis do serve a purpose that will speed up progression through the game, and since that concludes today’s little piece of news, should any additional information be released prior to the update’s arrival next week, you can expect to read all about it right here at Miketendo64.