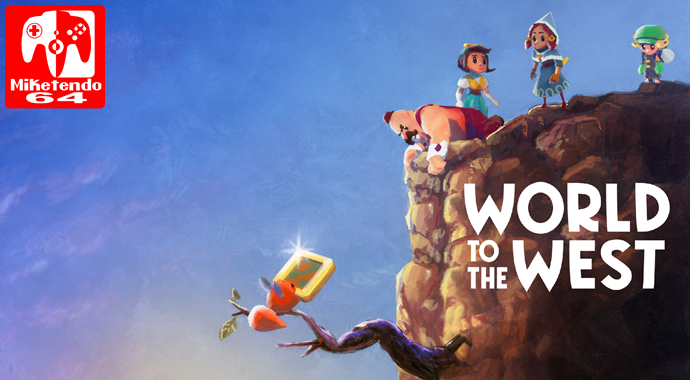 From the makers of Teslagrad comes World to the West, a title that was previously confirmed for the Wii U and is still coming to the Nintendo home console platform!

It may not be the Q1 release they originally wanted, but World to the West is well and truly on its way and will come to the Wii U on the 5th of May later on this year. It will cost $29.99 (€29.99) and also fully supports English, German, French, Spanish, Italian, Norwegian, Chinese, Dutch, Arab and Polish.

Both a new gameplay trailer and quick overview can be seen here:

“World to the West is a standalone followup of Teslagrad, the indie hit that conquered the hearts of many puzzle-lovers three years ago. A 3D action adventure with a cartoony art style, inspired by those light-hearted RPGs from our past that made us face the challenges with a smile. A vast world of blue skies and dark caves awaits you, as you try to unveil the mysteries of an ancient prophecy. You’ll join four characters in this journey: Lumina the Teslamancer, Knaus the underdog, Miss Teri the treasure hunter and the gloriously mustachioed strongman, Lord Clonington, each one with their own storyline and abilities.”

Tags: Rain Games, Wii U, World to the West