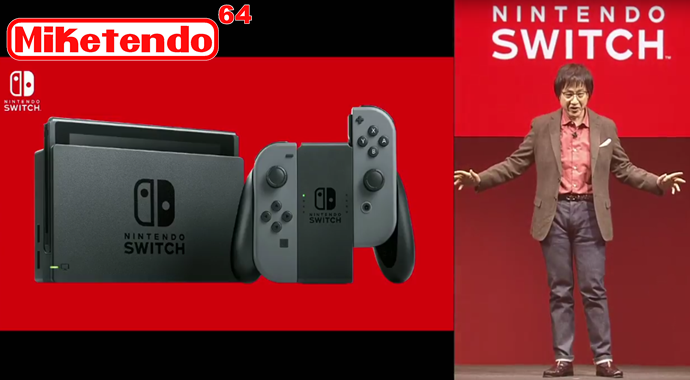 Nintendo Switch: No Netflix, No Backwards Compatibility, No Miiverse But Miis Do Return As Does USB External Hard Drives (A Kotaku Interview)

Online Media Outlet, Kotaku have recently been in touch with Nintendo to ask them more about the Switch and what features it will have including the most important like Backwards compatibility, whether it will have online streaming apps, storage concerns and the fate of Miiverse. We of course know the answers to most of these questions but what we don’t know is why? Fortunately Kotaku got some of their questions answered to which you can see in the highlights below:

Is Switch backwards compatible in any way? Will you be able to download or play Wii, Wii U, or 3DS games?

For those concerned about the 32GB of storage, how will that work for playing downloadable games? How will it work for DLC and patches?

The Nintendo Switch system has 32GB of internal NAND memory, a portion of which is reserved for use by the system. The system’s internal memory can be easily expanded as needed using microSDXC cards.

The SDXC standard supports up to 2TB of storage. (Note that 2TB cards are not yet on the market, but Nintendo Switch will support them when they are.) External USB hard drives are not supported at launch, but we are researching the possibility of supporting them in the future.

Is there a trophy or achievements system?

We have nothing to announce at this time.

The Capture Button is located on the Joy-Con (L) controller and the Nintendo Switch Pro Controller, and lets users grab screenshots from their games. They can then view, edit (add text of various sizes, colors and positions) and post them to social media. The original unedited screenshot is also saved.

We are planning to add the ability to record video in the future.

Switch won’t have Miiverse – will there be Miis? Or any other equivalent?

While Miiverse will continue to be supported on the Wii U and Nintendo 3DS systems, our approach with the Nintendo Switch system is to make greater use of other established, broadly used social platforms. For example, captured gameplay screenshots can be shared on popular social networks, and social features such as voice chat are possible with smart devices through our app.

There is a Mii Maker on Nintendo Switch. The software to create Mii characters is now located in System Settings, and no longer resides on the HOME menu as a standalone application. You can also create a Mii character from the Profile screen. Making Mii characters is similar to the method used on past systems.

Mii characters can be used to represent a user profile, but are not required. Users also have the option to choose a profile picture from an included library of Nintendo character images. Mii characters can still be used in games if developers choose to include them.

You can send/receive Mii characters through local wireless communication between Nintendo Switch systems, or use an amiibo figure to transfer Mii Characters from Wii U and Nintendo 3DS systems.

Mii characters on the Nintendo Switch system are similar to past iterations, but they have some different options. More facial components and colors for hair and skin have been added, while the following attributes have been removed: creator’s name, favorites, birthday, copying, and “public.”

Will Switch support Netflix, Amazon, Hulu, HBO Go, or any other streaming services?

Will online stores be region-free or just cartridges?