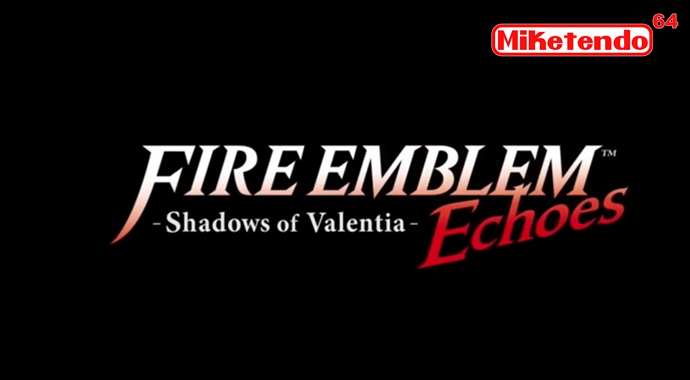 The Fire Emblem Direct is underway and the first game to be shown off was Fire Emblem Echoes: Shadows of Valentia. In other words, a remake for the 3DS that launches May 19th 2017.

Inspired from the second instalment in the series, (Fire Emblem Gaiden) Shadows of Valentia is said to support voiced dialogue. Dungeons crawling with enemies, free-roam. Flexible character progression and classic Fire Emblem gameplay, but with a twist and the back story was shared as well, which consists of sibling gods Duma and Mila. The two clashed over different ideals, resulting in a divided Valentia, so they departed. Duma took to the North where he built his own Empire, whereas his sister founded the Kingdom of Zafia. While her Zafirians were happy to begin with, due to being spoiled, they sank into disparity, whereas the hearts of Duma’s Rigelians grew cold to kindness due to the harsh landscapes they call home. While the siblings called for a truce, vowing to never violate each other’s domains, Valentia is in a fragile state and war is on the horizon.

Furthermore, now that the game has officially been revealed, as has the box art for the new adventure, but so has new amiibo of protagonists Alm and Celicia and just in case you missed the Direct, you watch it all right here: