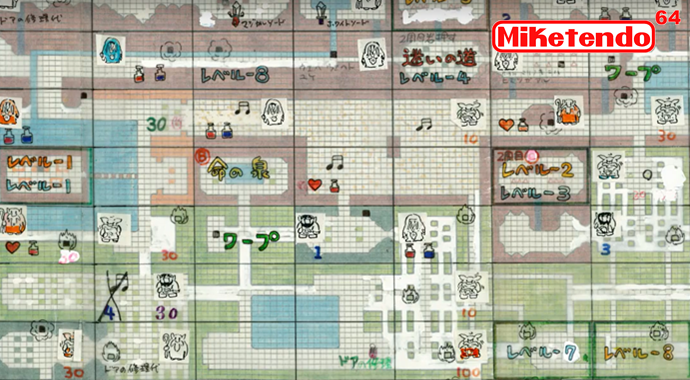 Nintendo promised they would steadily show off more Breath of the Wild screenshots on the official The Legend of Zelda Facebook page until the game releases and they have delivered on that promise, but before we get to that, let’s talk about something else.

Posted on nintendo.co.uk, Nintendo have shared a whole bunch of documents pertaining to the very first instalment to the Zelda series, The Legend of Zelda and they are simply fascinating, especially when you see how the images began compared to how the finished version looked like and now we can share those images and documents with you at home.

First up we have two images by the talented Takashi Tezuka:

Now we have four images of artwork by Shigeru Miyamoto:

And now something else that is just as special, a video that shows off the overworld map to the original Zelda game, and if you take a closer inspection, you will be able to find a number of the secret sports that are discoverable around Hyrule:

Seeing stuff like this, concerning a series I absolutely adore, is stuff I just can’t get enough of and its one reason why I am looking forward to the Art & Artifacts book, (first Volume of a set of books dedicated to celebrating the 30th anniversary of The Legend of Zelda that is packed with all kinds of artwork and more), which is set to release next year.

Also set to release next year, (currently reported to be June), is Breath of the Wild and Nintendo have put out a new screenshot for the game, which you can find below:

Upon my own inspection of it, looking at the surface of the cliffs to Link’s right, I’m hoping this image comes from the Wii U version of the game, as the detail on the rocky surface isn’t all that great to be honest with you. The grass blades are incredible, the flames are stunning, but the rocks? It makes me wonder what else in the game has a similar graphical input as the cliff-face. Not that it puts me off the game, but it is foolish to think this game is sheer perfection.

For more new Breath of the Wild screenshots, be sure to keep an eye on the Zelda Facebook page, as more is to come in the coming months.

2 thoughts on “Then & Now! Zelda 1 Design Documents & New Breath of The Wild Screenshot”