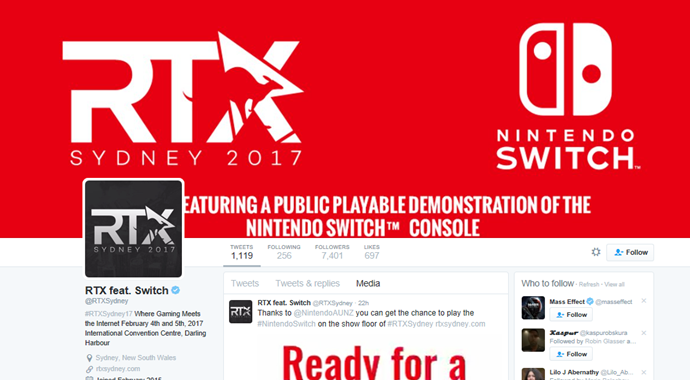 With more and more Nintendo Switch events getting revealed by the minute, here’s another one.

In 2017, Australian gamers who are attending the RTX event, which starts from the 4th of February, will get the chance to try out the Nintendo Switch as it has been confirmed demo units will be on the show floor. As for you gamers who weren’t thinking of attending it, maybe this is the reason why you should.