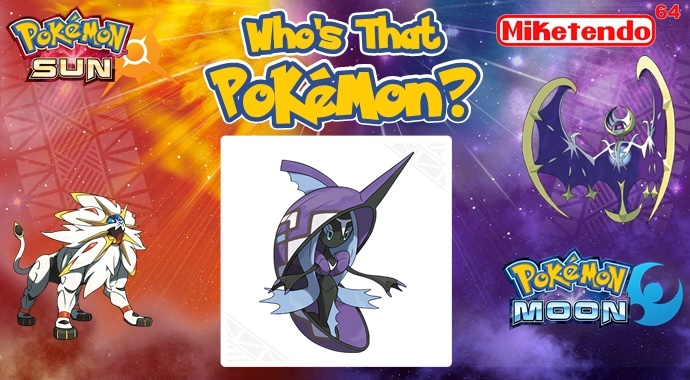 Welcome back to Who’s That Pokémon? the feature series regarding the Pokémon we can expect to see in the upcoming games. From Rowlet to Tapu Koko, and Drampa to Silvally, we have covered them all, but now we have another batch of eight Pokémon to cover, so get ready for another instalment of Who’s That Pokémon? We dedicate this edition to the Guardian of Poni Island, Tapu Fini!

Description: “This Pokémon is able to create a special water that purifies both mind and body. But Tapu Fini requires that supplicants wishing to obtain the purifying water demonstrate the strength to withstand the tapu’s fog. Many humans have tried to withstand Tapu Fini’s fogs in pursuit of its purifying water. Among them were some with evil intentions, which may be the reason for Tapu Fini’s sense of disgust and lack of interest in appearing to people.

Tapu Fini is able to attack by manipulating water. Since it hates to risk harm to itself during battle, it prefers to create a thick fog that puts opponents in a trance and leads them to destroy themselves. Tapu Fini’s expression remains listless even when it’s unleashing moves. Some people say that it might look this way because using its moves is so exhausting. The Pokémon’s Nature’s Madness attack slams a target with all of nature’s rage, reducing the target’s HP by half.

Tapu Fini’s Ability is Misty Surge, an Ability that no Pokémon has previously had. With Misty Surge, the field will be turned into Misty Terrain when Tapu Fini appears in battle, halving the damage taken by Pokémon on the ground from Dragon-type moves and preventing them from being afflicted with status conditions or confusion.”