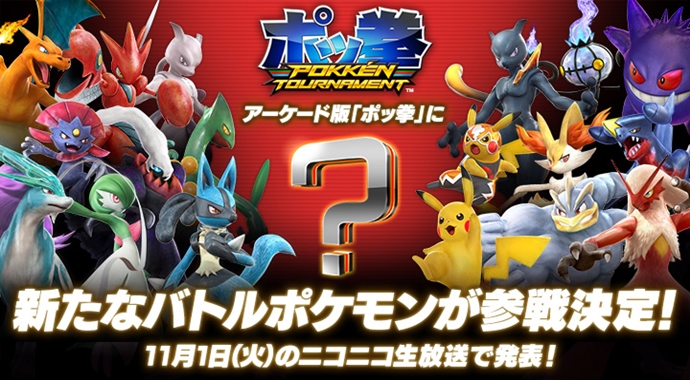 Despite Scizor being revealed earlier this month for the arcade version of Pokkén Tournament, and then released, Bandai Namco have announced on the official site that another fighter will be announced on the 1st of next month.

Since both Darkrai and Scizor were discovered in the update files for the Wii U version of Pokkén Tournament, along with Emploeon, there’s a very high chance Piplup’s final form will be the big bad Penguin Pokémon, will be the next revealed fighter.

As usual, the next fighter will be revealed during a Niconico stream, which is set to take place around the following times.

So far there has still yet to be any word on Scizor and Darkrai coming over to the Wii U version of the game, but should Emploean be the Pokemon that gets revealed, there is no reason at all Bandai Namco can’t turn around and announce a dlc pack involving the three fighters for the Wii U game, but for now we’ll just have to wait and see.