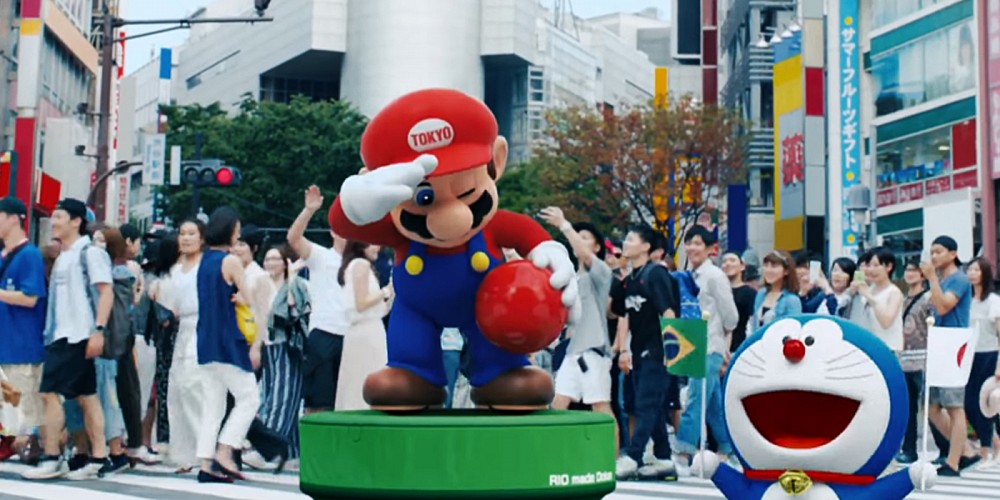 Well the Rio 2016 Olympic Games has come to an end with North America And Great Britain bringing home more gold than the entire contents of Fort Know (just kidding, it’s still a lot though). The Closing Ceremony sees Brazil passing the torch on to Japan for the 2020 Olympic Games but with Prime Minister Shinzo Abe stuck in Japan, he calls on the power of Super Mario and transforms into the legendary plumber to get to the closing Ceremony in time.

With the help of Doraemon, Super Mario takes a pipe from Japan all the way to Rio and as he arrives, Abe sheds off his costume in the middle of the Stage in Rio. It was an incredible sight and was an unexpected surprise to see Nintendo’s most revered Mascot to be promoted in such a way that just goes to show the power of Mario is still going strong. Mario & Doraemon are not the only ones to appear in the Video as Hello Kitty And Pac Man also make an appearance. If you have yet to watch the video, you can check it out below, I thoroughly recommend giving it a watch if you haven’t yet. It gives me chills when seeing the grand entrance of Shinzo Abe on the Stage floor, as it is a spectacular sight indeed.