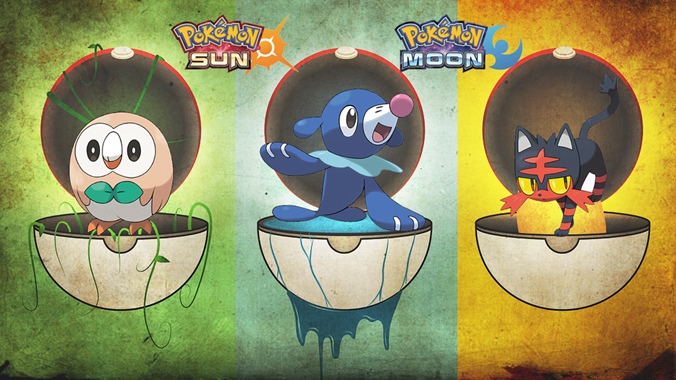 *Warning! The following article is one filled of rumours that all pertain to Pokémon Sun & Moon. Should you wish to not read the rumours, then this article is not for you and you should probably read something else Pokémon related instead.

It comes as no surprise there would be so many rumours crawling out of the woodwork, there always is when it comes to Pokémon games, but with more and more of the Sun & Moon rumours coming true, it’s gotten harder to separate the most believable rumours from the very hard to believe. Still try we do and although we are actually trying to cut down on the Sun & Moon rumours here at Miketendo64 (for example, we didn’t write an article regarding the “Complete Alola Pokédex,”) there are still some rumours we can’t help but share.

So just what kind of rumours can you expect to hear about today? Well it seems Rockruff is to be Gen VII’s version of Gen I Eevee, as Rockyruff will have not one but three evolved forms. There’s been another claim that Ash-Greninja will be in Sun & Moon, except instead of being called Ash-Greninja, it will actually be Rainbow Grenininja and that The Pokémon Company is apparently going to be announced by The Pokemon Company during the Closing Ceremony of the Pokemon World Championships 2016 on August 21st and lastly, Marshadow will be the rumoured Dolphin Pokémon we’ve heard about. But even then that’s not all the rumours we have for you today, thanks to pokejungle.net, so here’s the full list of the latest rumours.

At this time we would just like to remind you that all of the above information are merely rumours, so you are under no obligation to believe them, but you can’t deny a few of them sound interesting. Using a Z-Move with a Mega? Mega evolving Alolan Pokémon? (Most likely into the mega form we’ve seen already.) But more importantly we already know there is a Pokémon game headed to the NX and will feature both regions from X&Y and Sun & Moon? That actually does sound like something The Pokémon Company would do and since one of the above rumours claims it will be revealed on August 21st it just means we have until then to see if that information comes true! Bring on next Sunday!