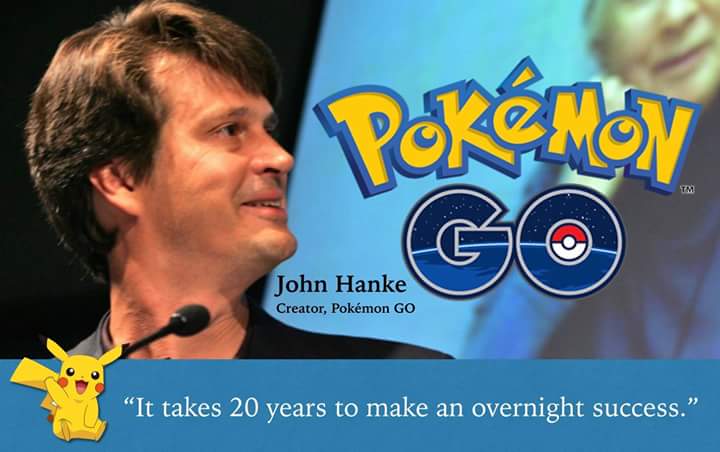 A new post has gone up on the Niantic site and this time it’s a message penned by John Hanke, to which he covers a few things, such as explaining that it was the likes of PokéVision, (third parties) that was the cause of the reason why it took Niantic as long as it did to release the app in Latin America Ball. He also addressed hackers attempting to take down the app and reiterate the fact that Niantic do welcome feedback and that they are working on the Nearby feature, so if you fancy a long read, you can either click here to see the full post, or scroll down.

Update on Maintaining and Running the Pokémon GO Service

“Things have been pretty crazy here at Niantic over the last few weeks but despite all of the ups and downs we get up every day inspired by the original goals of Niantic – to create an experience that encourages healthy outdoor exploration and social gameplay. Every positive story we hear (like this one from the UK) motivates us to keep working to support the game and continue the roll-out. Running a product like Pokémon GO at scale is challenging. Those challenges have been amplified by third parties attempting to access our servers in various ways outside of the game itself.

As some of you may have noticed we recently rolled out Pokémon GO to Latin America including Brazil. We were very excited to finally be able to take this step. We were delayed in doing that due to aggressive efforts by third parties to access our servers outside of the Pokémon GO game client and our terms of service. We blocked some more of those attempts yesterday. Since there has been some public discussion about this, we wanted to shed some more light on why we did this and why these seemingly innocuous sites and apps actually hurt our ability to deliver the game to new and existing players. The chart below shows the drop in server resources consumed when we blocked scrapers. Freeing those resources allowed us to proceed with the Latin America launch.”

“In addition to hampering our ability to bring Pokémon GO to new markets, dealing with this issue also has opportunity cost. Developers have to spend time controlling this problem vs. building new features. It’s worth noting that some of the tools used to access servers to scrape data have also served as platforms for bots and cheating which negatively impact all Trainers. There is a range of motives here from blatant commercial ventures to enthusiastic fans but the negative impact on game resources is the same.

Of course, there are also outright hackers out there attempting to break into systems, hijack social media accounts, and even bring down the service. Some of them have posted publicly about their attempts.

We don’t expect these attempts to stop. But we do want you to understand why we have taken the steps we have and why we will continue to take steps to maintain the stability and integrity of the game.

We value feedback from our community. We have heard feedback about the Nearby feature in the game and are actively working on it. Over the past three and half years many of us in the company have traveled throughout the country and, in fact, around the world to meet, play, and learn from our Ingress user community. And we look forward to doing the same with the Pokémon GO community. Please keep your game ideas and feedback coming. We look forward to getting the game on stable footing so we can begin to work on new features.

Above all, be safe, be nice to your fellow Trainers, and keep on exploring.”