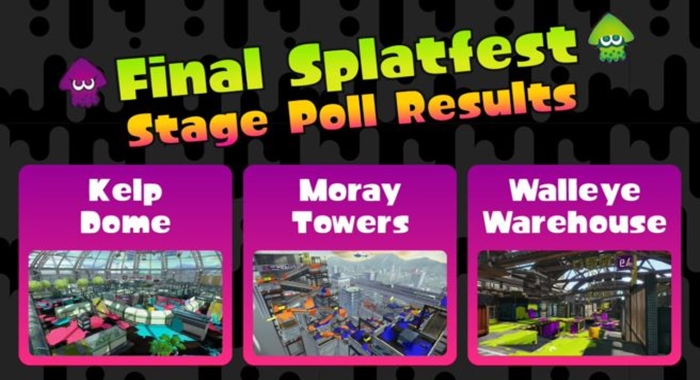 Stages for the Final Splatfest Have been Revealed

We previously reported that Nintendo were contacting Splatoon players to vote for the stages they wish to see used for the final Splatfest. Well the results are in!

So now that we know exactly where the fighting will take place, we’ll have plenty of time to get some extra practise in and get the lay of the land, to ensure we do our part to the fullest for our chosen Squid Sister?