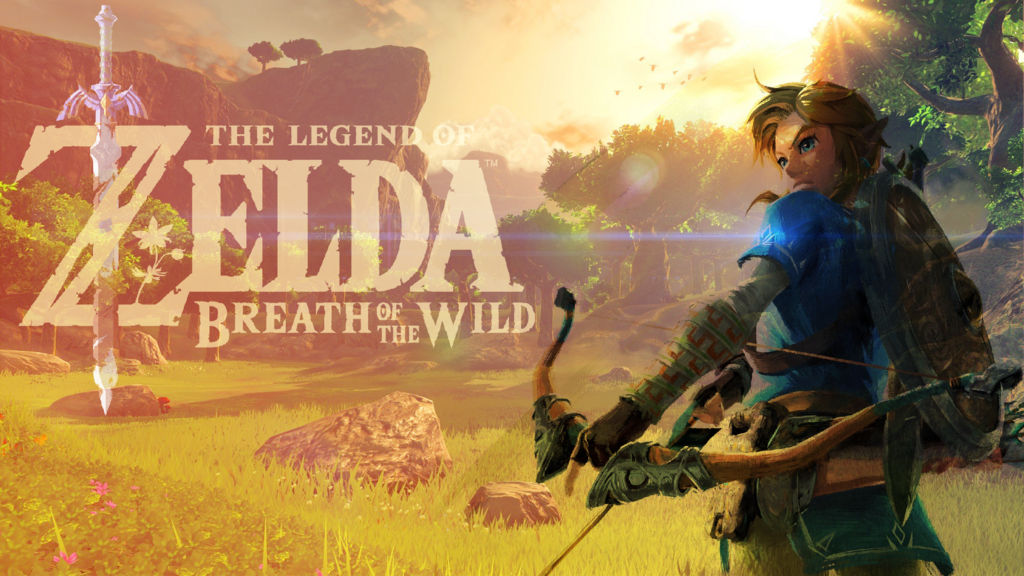 Next week in the United Kingdom between the 15th to the 17th of July is Hyper Japan Festival 2016 and Nintendo have spoken out on what attendees can expect and among it, is Breath of the Wild shown live in the UK and feature daily on-stage demos of the upcoming Zelda game.

For all of you in the UK who couldn’t go to E3, (pretty much almost all of you,) this is your big second chance to see the game up close it is released, so if you can get to London next week, or already live there, then you have to go, because you really do owe it to yourself. Still it’s not all Zelda next week because there are plenty of playable titles and you can find the complete list below:

As well as the news of the Breath of the Wild demo and all the games above, Nintendo also issued this statement:

“Nintendo’s booth at HYPER JAPAN Festival 2016 is set to offer a full line-up of on-stage activities for attendees to watch, and a packed roster of gameplay opportunities to experience throughout the three-day event. Those unable to attend will also get the opportunity to feel part of the action, as Nintendo UK will livestream a selection of on-stage content for viewers to watch at home via the Nintendo UK Twitch Channel on Saturday 16th July between 10.00 and 15.00.

Comedian and long-time gamer, Imran Yusuf, will also be heading to HYPER JAPAN, taking to the Nintendo stage in a bid to complete the very best fan-created Super Mario Maker courses. Nintendo UK is today challenging would-be level designers to take inspiration from HYPER JAPAN, as the courses created and submitted that are most in line with the tone of the festival will be pre-selected for Imran to play live on-stage with Nintendo UK, streaming the session live via Nintendo UK’s Twitch channel. Those keen to enter their courses simply need to follow Nintendo’s social channels and share their course ID in the comments section of the relevant post on Facebook and Twitter. All selected courses will also be made available for all Super Mario Maker players to try via the Super Mario Maker Bookmark website following HYPER JAPAN.

There will be plenty more on-stage activities taking place at HYPER JAPAN as Nintendo will host and live stream via the Nintendo UK Twitch channel a number of on-stage tournaments which attendees can get involved in, game demonstrations for Wii U and Nintendo 3DS games both out now and coming soon as well as other special activities. Some on-stage highlights will include DRAGON QUEST VII: Fragments of the Forgotten Past, Rhythm Paradise Megamix, Splatoon and Pokkén Tournament. Nintendo will also be bringing to the stage special activities for Super Smash Bros. for Wii U, so be sure to bring your trained amiibo along to take part. Visit the Nintendo website for a full schedule of Nintendo’s on-stage line-up for HYPER JAPAN.

Visitors to this year’s event are encouraged to bring their Nintendo 3DS family system with them to exchange data with other attendees via StreetPass, as well as download demos of many of the games featured on the Nintendo booth. There will also be a special Animal Crossing: Happy Home Designer amiibo card swap area, where visitors can trade with others to help grow their collection.

Presenting a prime opportunity to get creative with photography, Nintendo’s booth will also feature a unique amiibo photo stand, giving fans the chance to strike a pose like their favourite amiibo. Miitomo enthusiasts will have a chance to showcase their Miifoto skills by sharing their favourite snaps from the event to Nintendo UK’s Twitter channel during the event using #Miifoto #HyperJapan. The most creative and compelling Miifotos will be in with a chance to win a special Tomodachi Life prize bundle.

The Nintendo Official UK Store is also heading to Hyper Japan with a dedicated presence on the Nintendo booth, ensuring visitors are able to pick up a whole host of goodies. There will be plenty of special offers available across many product lines, exclusively available to those attending Hyper Japan. To celebrate the launch of Monster Hunter Generations™ the Nintendo Official UK Store will also be offering a 50% discount* on Monster Hunter figurines if you have a photo taken at this area of the Nintendo booth mirroring the monster’s pose. There will be plenty of other offers available including 50% off selected T-Shirts while stocks last, so be sure to grab yourself a great deal. Those attending Hyper Japan will also be eligible to get their hands on a special coupon code that will be distributed in the Splatoon area of the Nintendo booth. The code, which is valid until 21st July, will provide an exclusive 40% discount on the regular price of Splatoon when purchased via Nintendo eShop on the console or the official Nintendo website.**

If you haven’t taken part already, don’t forget that Nintendo UK are currently hosting two competitions. The first is a special YO-KAI WATCH® Fan Art Contest, challenging fans to share physical or digital recreations of their favourite Yo-kai to win a YO-KAI WATCH® prize and have their masterpiece displayed on the Nintendo booth at HYPER JAPAN. Additionally, a Fire Emblem Cosplay Contest will give HYPER JAPAN attendees the chance to wow cosplay fans by taking to the catwalk on the main stage in the Nintendo area on July 17th. The top outfit will receive a host of Fire Emblem prizes.

E3 may have been all about Zelda with the occasional talk of other games, such as Pokémon GO, Sun & Moon, but this time, Nintendo are making their HYPER JAPAN appearance about all of their current products and as someone who lives close enough to the UK to visit the nation just for the event, but can’t due to other commitments, I am jealous of anyone who can go.